Although we’re only a few years old, 500 Startups is already a global community of startups and investors. We’ve invested in almost 400 companies, nearly 100 of them outside the US. We’ve added people to our team with roots in Brazil, Japan, and Mexico, and now we’re adding India and New York City as well. Yes, we know Manhattan isn’t quite another country, but it’s certainly a different State of Mind. And we’ve had a torrid love affair with Hindustan since visiting the country on our GeeksOnaPlane India trip last fall, hiring Paul Singh last summer, and making investments in several Indian startups.

On that note, we’re ecstatic to announce 500 is bringing on two amazing geeks to help us — Shai Goldman in New York City, and Pankaj Jain in India! 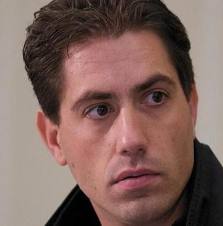 Shai Goldman has been working with early stage startups and venture capital firms for over 10 years.  Shai was most recently with Silicon Valley Bank, running their early stage startup outreach group in NYC, which included managing relationships with accelerators, coworking facilities, angels and seed funds.  Shai will continue to be based in NYC, expanding the reach of 500 Startups.  Shai’s role will be combination of investing in NYC/Boston startups, cultivating L.P. relationships, improving operations, assisting portfolio companies and community building in NYC. 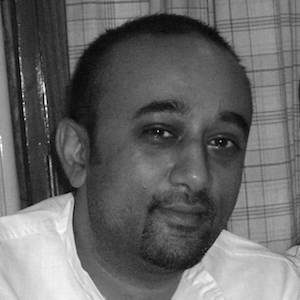 Pankaj Jain has been involved in the Indian startup scene for the last five years as an entrepreneur, community builder at Startup Weekend, mentor and investor. Most recently, Pankaj was consulting for the TLabs accelerator in the New Delhi area where he was focused on deal sourcing and running the accelerator. Prior to moving to India in 2007, Pankaj spent over ten years running technology and operations in NYC for multiple hedge funds, including LTCM. Pankaj will be focusing on investing in Indian startups, investor relations and building community across India.

Why India and New York? They’re both teeming with vibrant growth and change, not just in technology and business, but also in culture, fashion, sports, music, and media. This growth has been matched recently by a tremendous burst of innovation in tech startups, and people using this technology to solve real everyday problems. In New York, 500 has already been actively investing, with ~50-75 investments in companies like MediaLets,MakerBot, DailyWorth, Chalkable, Snapette, Bombfell, and 72Lux. We also have a number of mentors in the area. In India, we’ve already made have 10+ investments in Indian companies, including Teliport.me, MyGola, and CucumberTown. We also recently collaborated with Rajesh Sawhney’s GSF India Accelerator.

We’ll end here with a musical homage to each amazing community. Also, please give Shai and Pankaj a #500STRONG welcome on the Twittersphere! (@shaig and @pjain)