For the next 3 months, these 27 startups will fight to gain customers, revenue, and investor dollars.

The chosen ones, in alphabetical order:

Bombfell
Bombfell is a monthly subscription for men’s clothing built to enable guys who lack time or don’t know what to buy to dress well.

Chalkable
Chalkable is an app store for school and a platform to make those apps work.

AngelList: http://angel.co/chalkable
Founders: Michael Levy, Zoli Honig
From: New York City
Fun Fact: Michael’s brother set Zoli up with his wife. He’s been “paying Michael back” everyday since.
Theme song: Bangarang by Skrillex– Seriously, we are eating fun dip RIGHT NOW.
Superhero/villain: Uhh yea. We are Superman AND Lex Luthor. Strongest being in the universe with the brains to have some fun!

Fontacto
Virtual phone system for entrepreneurs and SMBs in Mexico & Latam. We help them to sound more professional and take their business’ calls anywhere.

Groupiter
We make your Dropbox… social! Groupiter adds group conversations to the files you share on Dropbox.

AngelList: http://angel.co/groupiter
Founders: Chris Dyball (Vicki Luisi and Christopher Bradford on founding team)
From: San Francisco
Fun Fact: A number of our early users are VFX artists from ILM. George Lucas has called them away from their desks to play roles in the movies they’ve made… so we have a number of Jedis, rebel fighter pilots, and even the Hulk on Groupiter.
Theme song: http://youtu.be/w7JthgTMHDU
Superhero/villain: Hero: Tony Stark / Villain: Stay Puft Marshmallow Man (once you defeat him, you can eat him)

Ingresse
Ingresse is Brazil’s first social ticketing company. We allow people to find events they love and event organizers to reach their audience. Anyone can post an event for free and sell out like a pro.

AngelList:  http://angel.co/ingresse
Founders: Gabriel Benarrós, Marcelo Henrique, Megan Lin, Sébastien (“Robi”) Robaszkiewicz
From: The Jungle (Amazonas, Brazil)
Fun Fact: As a team we have worked on 26 different startups
Theme song: Hakuna Matata (although our server indicates that the most often played song is “I am Sexy and I Know It” by LMFAO)
Superhero/villain: Freakazoid vs. The Ticketmaster

Monogram
Monogram is the Flipboard for fashion. We help you curate the best fashion items based on your taste; it’s like having a personal shopper on your iPad.

AngelList: http://angel.co/monogram
Founders: Leo Chen, Josh Chen (no relation)
From: Seattle & China
Fun Fact: Leo and Josh are sharing an apartment in Mountain View. Josh sleeps in a tent in the livingroom.
Theme song: MIMS – This Is Why I’m Hot
Superhero/villain: Ari Gold

PocketOffice
PocketOffice makes it fun and easy to grow your small business from your smartphone.

AngelList: http://angel.co/pocketoffice
Founders: Alan Wells (product & design, just enough front end coding to be dangerous), Glenn Allen (sales&marketing, ops, anything else)
From: San Francisco, California
Fun Fact: Alan & Glenn have been working together for more than 15 years, shortly after Alan finished breast feeding.
Theme song: Small Businesses get Back in the Black using PocketOffice (And just to be clear, Alan did NOT make this video, he was working on product when glenn did this behind his back)
Superhero/villain: PocketMan

PublikDemand
PublikDemand helps consumers launch viral complaints against big companies and use the power of the collective voice to get their problem solved.

AngelList: http://angel.co/reclip-it
Founders: Cheryl Yeoh, Jhony Fung
From: New York City
Fun Fact: Reclip.It was actually conceived on a team trip in Miami, FL. We unknowingly swam into a sea of jellyfish and lost our Ray-Bans while escaping. Yes, our mascot is now a jellyfish wearing Ray-Bans.
Theme songs: Requiem For A Dream and Palladio
Superhero/villain: Mr. Okeechobee (the jellyfish) 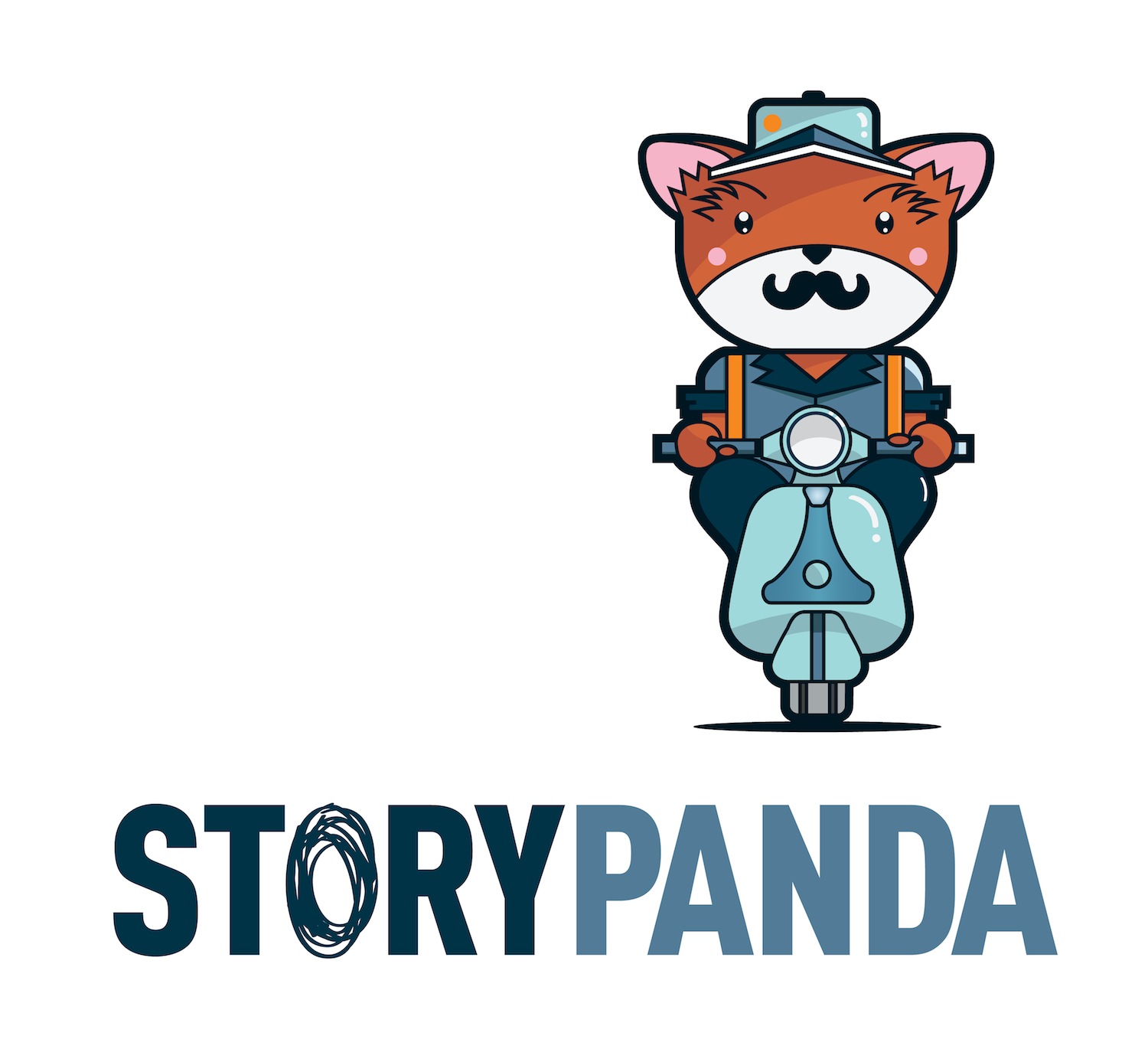 Teamly
Teamly makes you awesome at work by helping you stayed focused, collaborate better, and celebrate your achievements.

AngelList: http://angel.co/teamly
Founders: Scott Allison, Matthew Berman and Edward Robertshaw
From: Teamly was born in the UK and our founders are from Scotland, England and California
Fun Fact: A random meeting in Omaha, NE with led to the idea behind Teamly! Since then our users have created over 250,000 priorities so far.
Theme song: Come Together, The Beatles
Superhero/villain: Iron Man

AngelList: http://angel.co/teliportme
From: India, Bangalore
Founders: Vineet Devaiah, Abhinav Asthana
Fun Fact: Once a very big client gave us a surprise visit to our office/apt only to find us in shorts and working on a broken table. Needless to say we didn’t get the deal ..
Theme song: The Sunscreen Song
Superhero/villain: Naruto and Rock Lee – We compete hard and never give up.

TenderTree
TenderTree helps families find a caregiver for the elderly or disabled.

AngelList: http://angel.co/tendertree
Founders: Andy Agrawal, Dana Wu
From: SF Bay Area
Fun Fact: Although TenderTree is a site to find caregivers, people use it as a dating site and refer their friends because they find our caregivers so attractive.
Theme song: What a Wonderful World, Louis Armstrong
Superhero/villain: Wonder Woman

Tie Society
Netflix for ties and more, a try-before-you-buy subscription service for men’s neckwear. When you have to look good, we help you look your best.

Timbuktu Labs
The iPad magazine for you and your children.

TokyoOtakuMode
TokyoOtakuMode is a place to share Japanese OTAKU culture like MANGA and ANIME. In just 1 year,
we’ve received over 3.7M Likes on our Facebook fan page.

AngelList: http://angel.co/tokyo-otaku-mode
From: Tokyo in Japan
Fun Fact: 4人ではじめたサービス、今ではボランティアを含め30名以上で運営。
翻訳や投稿など、日本の文化を愛するクラウド忍者と呼んでいるメンバーが世界中に散らばっている。
月に1回、コスプレ・デーがある。メンバー全員でアニメや漫画のキャラクターで出社するスペシャルな日。
(English translation:) At first, we started Tokyo Otaku Mode “TOM” for 4 members, but we have over 30 members right now which includes volunteers from all over the world. There are a lot of cloud NINJA who love Japanese culture and they are cooperating in terms of translating and posting on Facebook. TOM has a special day to cosplay once a month. We come to the office with Manga or Anime character cosplay and get down to work with that.
Theme song: We Found Love ー Rihanna · Calvin Harris
Superhero/villain: Naruto Uzumaki(NARUTO), Necomimi, Monkey D., Luffy(ONE PIECE), Miku Hatsune, Mark Zuckerberg(Facebook)

AngelList: http://angel.co/twitmusic
Founders: Stefano Fazzini, Christian Fazzini
From: Manila, Philippines
Fun Fact: We got to party with Mike Posner, DJ Jazzy Jeff, Pitbull’s DJ Syphe – all because of Twitmusic!
Theme song: Mike Posner – Cooler Than Me
Superhero/villain: Optimus Prime –  He is depicted as a brave, powerful, wise and compassionate leader who puts his talent to use improving the universe around him.

AngelList: http://angel.co/umbabox
Founder: Lauren Thorp
From: Washington, DC
Fun Fact: One of our artists is a former bird flu researcher who makes handbags for us from leather scraps from factories in Indonesia.
Theme song: “You are the Best Thing” by Ray LaMontagne
Superhero/villain: Glitter from Marvel Comics. Besides having a kick-ass superheroine name, she can “engage in physical activity for long periods of time without tiring” (like us), “lift approximately one ton” (kind of like us), run 40 mph (more-or-less like us), and has a “reaction time about twice as fast as the average human” (we have cat-like reflexes).

Uscoop
Uscoop is a social commerce platform for preps. We aggregate small and large all-American brands and sell them on one platform. We are disrupting the retail world by allowing the customer to be the stylist and model.

Wanderable
Honeymoon registries for couples who want experiences, not stuff.

AngelList: http://angel.co/wanderable
Founders: Marcela Miyazawa and Jenny Chen
From: Santiago, Chile and Dallas, TX
Fun Fact: Puffins are delicious…and we met because we were randomly assigned as freshman roommates.
Theme song: We don’t have a theme song, we have a theme poem: http://www.qu-i-x.com/woulda.html
Superhero/villain: Matt (from wherethehellismatt.com) and Dr. Horrible

AngelList: http://angel.co/yogome
Founders: Manolo Diaz and Alberto Colin
From: San Luis Potosi, Mexico, hometown of the famous Mexican beer-mix, Micheladas!
Fun Fact: We have a Squirrel that loves to eat Doritos Nacho Cheese and gets crazy when you don’t give some (we have photos to prove it)
Theme song: Bob Esponja – Soy un Cacahuate (Spanish version of SpongeBob)
Superhero/villain: Kung Fu Panda