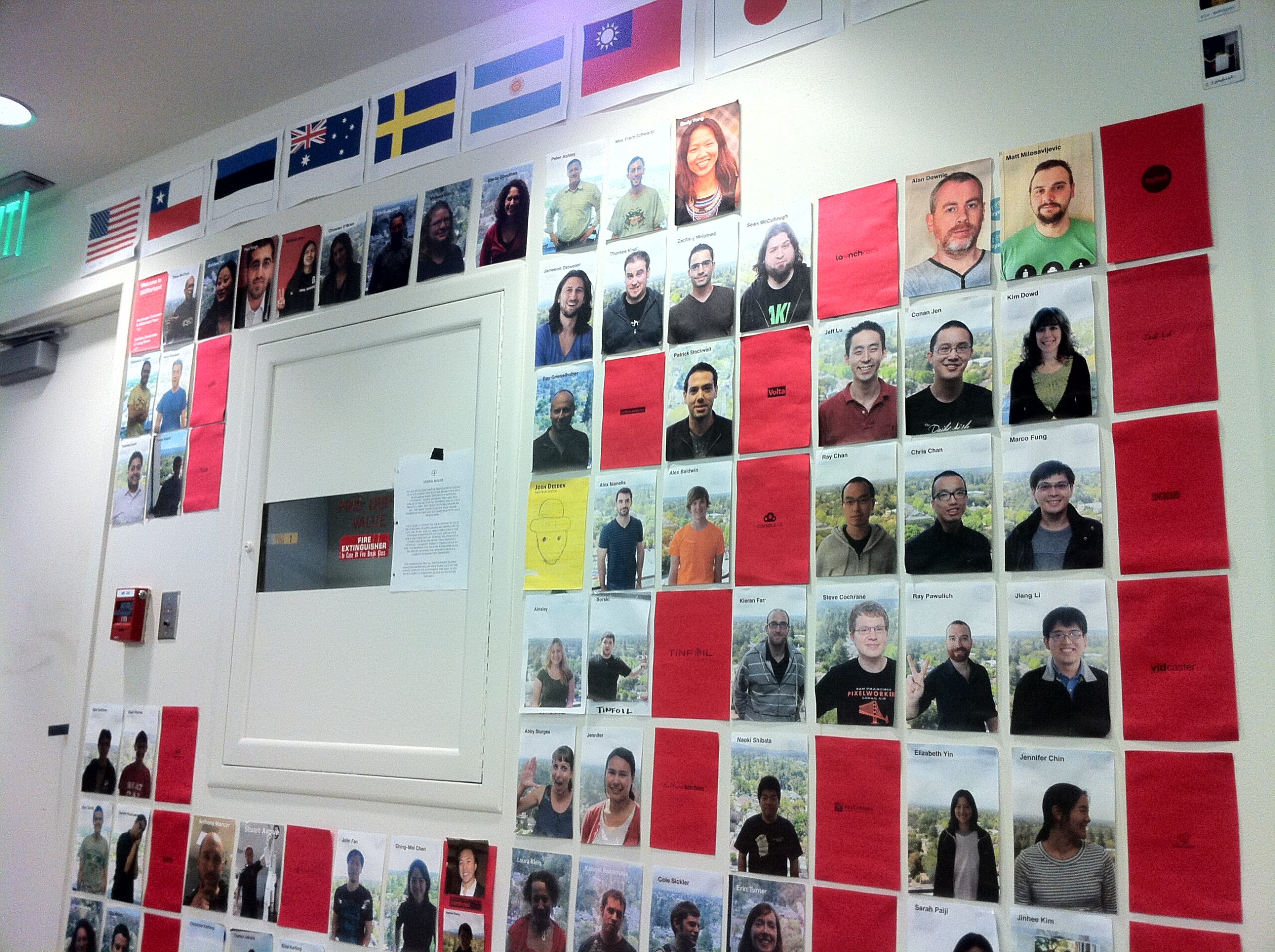 At 500 Startups, each group of founders that is accepted into the accelerator’s four-month program is called a “Batch,” an apt description, since participants receive a series of commands they’ll later process and execute.

The founders who presented at 500 Startups Demo Day in August 2011 are considered Batch 1; today, Batch 17 is entering week six of a four-month program that will culminate in their own Demo Day, the product of intense study, practice and camaraderie.

Batch 1’s pitches were presented at 500 Startups’ Mountain View office, but today, Demo Days are held at Mountain View’s Computer History Museum, a venue that can accommodate hundreds of attendees, including investors, friends and the media.

High production values give these pitch sessions the same vibe as a high-energy stage show, but some things haven’t changed since Batch 1: participants continue to be “unified by a strong international and female founder thread and ‘attitude,'” a trait TechCrunch noted in its August 2011 Demo Day reporting.

Today, a look back at several companies that participated in Batch 1 Demo Day to see how far they’ve flown since leaving the nest.

Based in Indonesia, Kudo describes itself as “an Online to Offline (O2O) company, bringing e-commerce to mass millions of Indonesians.”

In practice, this means creating sales kiosks in public areas that accept several forms of payment. By targeting consumers in physical spaces, Kudo’s founders hope to drive sales from people who might not be inclined to order online or visit a store.

In November 2014, founders Albert Lucius and Agung Nugroho closed a seed round; six months later, their metrics were strong enough to land a seven-figure funding round.

Three months after Demo Day, Vidcaster raised a $350K seed round, which gave the company enough runway to integrate with Salesforce, Hootsuite and Marketo, increasing its reach. After winning a grant from the City of New York to “hire and expand in Lower Manhattan,” Farr relocated the company from San Francisco.

In December 2015, Vidcaster was acquired by Vidlet, a marketing research company based in Palo Alto. Farr remained aboard as CTO, where he helped the new company develop a service that uses smartphone cameras to conduct ethnographic research.

Initially an app that connected shoppers with nearby shoes and apparel, Snapette quickly grew into an ecommerce discovery platform with more than 2 million users.

In October 2011, co-founders Jinhee Ahn Kim and Sarah Paiji closed a $1.5M seed round; in August 2013, after partnering with more than 200 brands and stores, Snapette was acquired by PriceGrabber, a price-comparison shopping site, for an undisclosed amount.

InternMatch, a jobs marketplace for internships and grad students that launched in 2009, raised $400K in angel funding before securing its berth in Batch 1. While going through the accelerator, founders Andrew Maguire and Nathan Parcells redesigned their site to improve usability and search. A month after their demo, they raised an additional $500K.

Initially focusing on west coast opportunities, InternMatch gained traction by building a large team of brand ambassadors who were also marketing interns. Employers pay to post listings, but students use it for free. In January 2013, the company raised $1.2M in a bridge round to expand its services to include internships and traditional paid positions for enrolled students and recent graduates.

Six months later, a $4M Series A round allowed the company to add more engineering and marketing roles and develop data products to match users with open positions. After changing its name to Looksharp, the company acquired competitor Readyforce in December 2014.

Today, Looksharp currently claims to serve 10 million users, or 70% of all new graduates and college students.

LaunchBit, a customer acquisition tool for SaaS companies, was created to help publishers send content to B2B audiences via niche ad inventory such as newsletters and blogs. The firm also helps publishers identify and manage ad units that can be inserted into email newsletter.

A year after Batch 1, LaunchBit raised a $960K seed round and relocated from the Bay Area to Las Vegas in search of “cheaper operational costs and a better talent pool to tap,” co-founder and CEO Elizabeth Yin told tech.co. After BuySellAds, a LaunchBit partner, expressed interest in an acquisition, Yin realized that her “passion wasn’t in ads.”

After LaunchBit was absorbed into BuySellAds, Yin joined 500 Startups as a Entrepreneur-in-Residence, and now runs 500’s Mountain View Accelerator as a partner in the firm.

Active, accredited investors and their representatives are invited to join our founders and our team at the Computer History Museum in Mountain View on August 2 from 12 – 6pm.