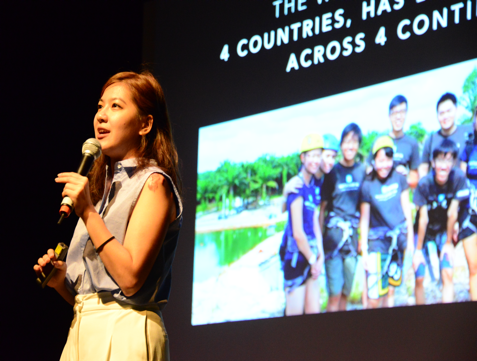 Currently, 1/4 of our Southeast Asia portfolio companies have raised > $2 Billion US dollars for further growth, and none of them have shut down. Our thesis being that some of these companies will grow to be Southeast Asia’s next generation of startup success stories.

The return of the King (of fruits)

Our second fund, 500 Durians II, builds on this momentum.

We target to raise a $50M* fund to invest $50K to $150K in ~200 more seed stage companies. Historically, we’ve primarily invested alongside other seed stage and angel investors that we’ve grown to trust and respect and will continue to do that. The $50M fund will also allow us to follow-on with up to $500K of additional capital in the companies that show exceptional progress. This follows the classic 500 Startups strategy of making many little bets and doubling down on winners that have taken flight across our family of funds, including 500 Durians I.

The funding for Durians II was entirely kickstarted by inside investors from our first fund, Durians I. MAVCAP (a fund of funds investor) has returned to anchor 500 Durians II. Their early and continued conviction was a critical component for us to operate at full speed. While we will continue to fundraise the remainder of Durians II, we’re grateful for all of the interest we’ve received in seeding us.

A thriving ecosystem is not just about startups having more money. Spending it well is even more important.

One of the biggest areas of startup spend is in distribution (growth marketing). To help them with that, we brought 500’s signature Distro Dojo growth marketing service to Southeast Asia. We have already  accelerated the growth of 26 carefully selected post-seed companies across 4 cohorts in Malaysia via a partnership with MaGIC. The companies went through 2 months of heads down growth marketing with local and regional specialists working with them on blowing up their growth.

It was June 2014 when 500 Durians I, our first Southeast Asia dedicated fund, made its first investment. Like many others at that time, I had grossly underestimated how rapidly Southeast Asia’s startup scene would mature.

The first cheques that we wrote went to startups like Grab (formerly Grab Taxi), Carousell, and Bukalapak. They did not look like the hundred million and billion dollar companies they are today. Very quickly, we saw more investment-ready startups. We more than doubled our original $10M 500 Durian I fund to $25M to keep up with the increasing opportunities in the local ecosystem.

In the 2 years that continued, we invested in a total of 119 startups. We soon became the most active early-stage investor in Southeast Asia, having participated in over 26% of all seed deals in the region recorded by CB Insights.

Beyond spending money well, there’s something people tend to forget. Southeast Asia’s new generation of founders hail from a variety of backgrounds: existing industry experts, foreigners, and local talent coming home from experiences overseas. Binding the social fabric between them is crucial for a self-generating ecosystem.

In Malaysia, Singapore, and Indonesia, our portfolio founders co-organize and host portfolio meetups. Their friendships and peer support continues in our founders-only chat / mobile messenger groups.

By being in the 500 network we hope founders not only raise money, but know how to spend it well, and have peer support throughout their journey.

Who is going to do all of this work? I sure as hell ain’t the only one. New talent is needed to mobilize venture capital well. I was lucky to have much of Durians I built side by side with folks like Vishal Harnal. Vishal is an equal partner for Durians II with me, and the distinctiveness of his hairstyle has now superseded mine.

While I bring the ‘local founder with 2 exits’ side of the equation, Vishal’s brings his experience representing the government’s and world’s largest corporations as an international disputes lawyer at Drew & Napier. He’s led large teams in high-pressure, high-stakes situations, and his leadership has helped us to rapidly and thoughtfully scale our brand, investments and operations across the region. As an entrepreneur, he has also built a successful communications education company with Singapore’s top schools as customers.

We’ve been growing our team. We shot out a Facebook post with 6 openings that resulted in 1,300 applicants in 2 weeks. Now after making these hires, 500 Durians II will be operated by a larger team of 10+ people, more than double the team size for Durians I. We believe in getting the best of the best from other realms of expertise into venture capital. For example, our head of community engagement is a floating shark.

The making of a complete ecosystem

While later stage capital like Tiger Global, Sequoia, Softbank, and others have made investments in 500 Durians portfolio companies, a welcome development is the emergence of new local players like B Capital, Venturra, and Banma Capital launching Southeast Asia focused funds. Those funds will provide an additional $1B of follow on capital for promising startups. They exemplify new sources of capital from corporates, family conglomerates, and China coming into the region. Governments have been making large waves as well, with Thailand’s $570M Government backed venture capital fund making the biggest news.

This deluge of capital is catching up to the market potential and opportunities in sight.

Singing the song of this region is something we will continue to do more of, through our Geeks on a Plane trips, our Southeast Asia founders pitching in Silicon Valley, investor exposure tours, and media rampage.

Southeast Asia has a ready pipeline of explosive growth companies. We want the world to hear about them.