Andreessen Horowitz’s Naithan Jones on Finding the Next P. Diddy 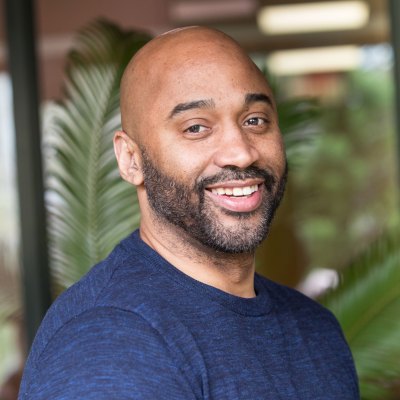 Andreessen Horowitz partner Naithan Jones sees a disconnect in the way venture capitalists identify and value entrepreneurial talent. He points to a time he once spotted Mark Zuckerberg and Diddy chatting in a room in Silicon Valley. Some VCs might not see clear similarities between the tech and music mogul—but Nait does.

“When I look over there and I see Zuck talking to Diddy, I don’t see a music person and a tech person. I see two geniuses,” he said. Both connect people; one just happens to use music and the other social media.

The issue is that Silicon Valley is focused on finding the next Zuckerberg, not the next Diddy. “We’re looking for technical genius,” said Nait. “We should be looking to add cultural genius, which widens that criteria and gives us access to talent that’s outside of the network and inherently more diverse.”

That’s a gap Nait is addressing through the Talent x Opportunity Initiative, or TxO, a new fund and accelerator launched by Andreessen Horowitz in 2020. TxO, which Nait leads, is designed to invest in underrepresented and underserved founders by identifying cultural geniuses and helping them build enduring and scalable businesses.

Recently, Nait joined 500 Startups COO Courtney Powell for a fireside chat at 500’s 2021 Unity and Inclusion Summit, where he discussed the importance of investing in cultural innovation alongside technological progress and how TxO is approaching that opportunity.

For starters, TxO isn’t a typical venture fund. It’s structured as a donor-advised fund, with about $9 million under management supplied from financial gifts by over a hundred contributors. The fund is directly attached to an accelerator, called TxO University, with each company in the program receiving a $100,000 investment. That’s delivered through a SAFE note converting into a 7% stake on the company’s next financing. TxO doesn’t pocket returns from investments; it all goes back into the fund. The goal is that five or six years from now TxO won’t need donor money, with successful founders feeding returns back into the program.

TxO University has already welcomed its first cohort, selecting seven companies from a pool of 1,200 applicants. That includes companies such as eyewear brand Coco and Breezy and music app, Breakr. The program is structured like a typical accelerator, with meet-ups, peer learning and seminars spread across 10 months. However, TxO’s curriculum is different from other accelerators, said Nait, focusing on operations and product alongside a customized approach to raising capital for each company.

Ultimately, the entrepreneurs TxO works with don’t fit the Silicon Valley template. In fact, applicants are disqualified if they’ve worked at a Google or Facebook, or attended a Stanford or MIT. That’s because Jones sees a filtering effect happening in Silicon Valley, centered on class and class mobility.

By the time someone gets hired at Google or gets into Stanford, they’re already part of a pipeline flush with entrepreneurship programs, connections and money. But many people are locked out of that pipeline. Nait points to formerly redlined communities, areas that are over-policed and lack access to resources like healthcare and nutritious food. These communities still produce talented self-selectors who want to bet on themselves, including entrepreneurs Jones sees building businesses off the strength of cultural optimization. They’re applying that knowledge and skill to existing products and services, with the potential to unlock an entirely new swathe of consumers.

But the system isn’t currently designed to serve these entrepreneurs. They may not know what a VC looks like or ever heard of Sand Hill Road, said Nait. “How do you get geniuses out of these environments?” he says. “This is not a charitable thing, these are elite entrepreneurs.”

Finding them means learning to screen for unique skills and empathy. “We don’t screen for lack of weakness, we screen for strengths,” said Nait. Instead of asking what their loan-to-value ratio or customer acquisition cost is, they ask how they formulated their ideas. “What you ultimately hear is this deep, deep empathy for the user being applied,” he said. These entrepreneurs have spent tens of thousands of hours understanding their products and customers.

Part of TxO’s mission is debunking the myth that learning to code is a requirement for success. “The message right now is if you want to participate in this new economy, then you better go into this boot camp and learn how to code,” said Nait. But this new economy needs talent that understands how to build products and why people buy them—expertise entrepreneurs from disenfranchised communities often possess as cultural translators. “They understand where the consumers are going,” he said.

Of course, today all entrepreneurs need basic understanding of technology and digital distribution. Increasingly, technology and cultural innovation are converging. But Nait doesn’t believe you can build an iconic technology company without deep understanding of users through culture. “Those two have to come together,” he said. “More and more, they don’t work unless they’re together.” He points to the social network Clubhouse as an example.

TxO is also a personal initiative for Nait. He came to Silicon Valley about 10 years ago as an outsider from Kansas City running an e-commerce startup called AgLocal. The deck was stacked against him: he didn’t have a college degree or a network, and met few people in Silicon Valley who he connected with on a cultural level.

Nait had to work and figure things out, meet people and shake hands. Talent helped, but he admits benefiting from meeting the right people at the right time. That got him into the network. His company eventually folded, but he’d made an impression at Andreessen Horowitz (which backed AgLocal). He eventually joined the firm, working with portfolio founders on go-to-market plans. But Nait recognized people with similar roots to him still weren’t making the same leap.

Already, TxO is making an impact. Portfolio company Coco and Breezy recently went on Good Morning America, where Reign Ventures surprised its founders with a $500,000 investment. “There are people far more talented than me that are locked out of the network,” said Nait. “We want to give them the opportunity as well and hopefully make it a repeatable thing.”