Breaking into the <br/> Asian API market: <br/> RapidAPI and Rakuten Team Up 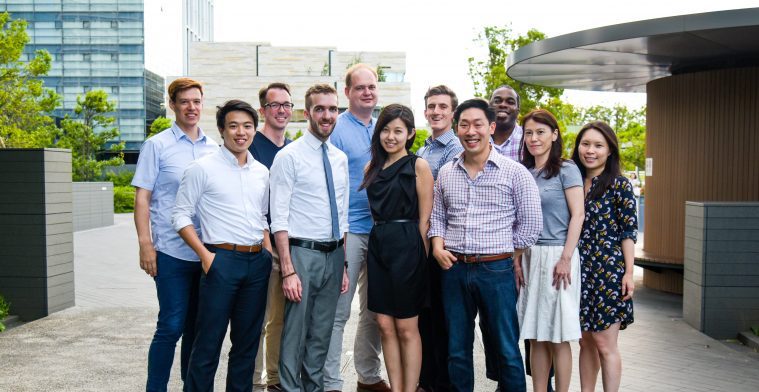 We met RapidAPI founder Iddo Gino when he and his team were merely a promising seed stage company; they were a part of our 16th accelerator batch in the fall of 2016 and were just breaking into the application program interface (API) space.

For those unfamiliar, an API is a set of procedures, protocols, and tools for building software applications. Similar to how a visual user interface makes it simple for end users to use programs, application programming interfaces (APIs) make it easier for developers to use certain technologies in building applications.

Since their time with 500, Rapid API process hundreds of billions (yes, with a “B”) of API calls every month and have raised capital from Silicon Valley giants like Andreessen Horowitz and SV Angel.

Stellar stats like these did not go unnoticed by corporates. Rakuten, for example, had poised themselves to enter the Asian developer market, and all they needed was a platform to do so. After they identified RapidAPI as the perfect solution, they swiftly began a partnership with them in 2017.

Why did you start RapidAPI?

Iddo Gino: I was part of a nonprofit organization, organizing hackathons for teenagers around the world, to help get them into technology and programming. In a nutshell, we believed that software development should be taught through creation, unlike it is in most classrooms.

During those hackathons, we realized how valuable APIs are in letting developers create complex, full-featured applications a lot more easily and a lot faster. Before APIs, you’d have to create everything from scratch (e.g. you want your app to send email? You have to set up and program the email server yourself). That meant the bar for creating software was very high, and only larger companies, well-funded startups had the means to do it.

With APIs, creating high-quality transformative software is greatly democratized, and even high schoolers in a 36-hour hackathon can create functional applications.

We started RapidAPI because we wanted to make it easier for developers to discover what APIs are available, test them, and integrate them into their applications.

Tell us about your journey starting RapidAPI.

Iddo Gino: We started by launching RapidAPI as an open source repository on GitHub. It was just a side project at the time, and we just listed all the APIs in the repo, as well as added code examples, etc. We started pushing that to developers during hackathons and got really good feedback.

Dov Moran, investor of Flash Memory, was a judge at one of those hackathons. We used that opportunity to show him what was then a side project, and to talk about APIs. He really believed in the space and agreed to give us start-up money to start the company. That was the first $500k we raised, and we used that money to hire the first team members and productify RapidAPI.

I later moved to the US, and we joined 500 Startups. We kept engineering in Israel as we had a pretty good base there, but being close to our users—who are mostly in the US—was very compelling to us.

How did you meet your co-founders?

Iddo Gino: We were both parts of the hackathon nonprofit. Before that, we met—surprisingly—at a hackathon.

Iddo Gino: Our biggest challenge during that time was bringing RapidAPI to more developers. We’ve just finished turning RapidAPI into a full-fledged API marketplace, and not just a list of APIs on GitHub. Some people we knew before were using it, but we didn’t really know how to scale the platform. We spent a lot of our time experimenting with different methods to scale the platform.

While at 500, we got introduced to Martin Casado at Andreessen Horowitz, and they ended up leading a $3M seed round in the company. That money enabled us to bring super talented people into our company and really scale our growth efforts. That was probably our biggest win.

How did you meet the folks at Rakuten?

Iddo Gino: Jed (Rakuten) and myself got introduced through Marvin, who led our 500 Startups batch.

What are you hoping RapidAPI will achieve from a partnership with Rakuten?

Iddo Gino: There are around 25 million full-time, professional developers around the world. Only a third of them speaks English fluently and has a credit card, and thus can easily access APIs. The rest of those developers are under-served and have to battle with English documentation every time they need to use APIs, which is a huge drawback for them.

With Rakuten, we hope to widen the scope of developers who can easily utilize APIs, at least around Asia, by localizing all the documentation and resources they need and providing local support. We’ll start from Japan, which has 350,000 developers and gradually progress through the rest of Asia.

What are you looking forward to most in the next 12 months?

Iddo Gino: The most exciting thing about working on RapidAPI has been seeing what people build with APIs on our platform. As we expand to new territories and developer communities, I’m continuously fascinated to see what will be created with APIs.

What is your role at Rakuten?

Jed Ng: I joined the CEO’s Innovation team at Rakuten about 2 years ago. I was on the lookout for the billion-dollar idea to create a new business line in the company and looked towards APIs.

It was clear that APIs were coming into the forefront. Internet service companies were extending their business models to 3rd parties using APIs. At the same time, we see the market validation of ‘API Natives’ like Twilio, Stripe, and Sendgrid. The play was to create a platform layer in the API economy via a marketplace model.

Why does Rakuten work with startups?

Jed Ng: As Corporates go, Rakuten is somewhat of an outlier in a positive way in how we work with startups—especially in Japan and in Asia. We see startups as growth catalysts, sources of ideas, and potential M&A targets. Within Rakuten, we also have an internal incubation group which draws from our internal talent pool. These initiatives all help to foster an entrepreneurial culture in a large organization.

How does Rakuten work with startups?

Jed Ng: Rakuten works with startups in a wide spectrum, from corporate venture capital through to operations.  We have 2 CVC arms under Rakuten Capital with over $200 Million AUM. We launched a 3-year Corporate Accelerator program with TechStars starting in July 2018. Our business units interact with startups extensively for solutions and technology, or for go-to-market relationships.

What advice would you give founders who are looking to work with corporates?

Have a clear thesis and proposition. Always have a clear plan of what it is you want to achieve with a corporate. Build optionality into your plan, and have backup or secondary ideas if possible.

Setup is everything. There are many things you can do to steer the probabilities in your favor. Identify a committed internal champion to help you navigate the organization and engage an executive sponsor.

Seek big wins. It’s an inevitable consequence that large organizations take time to work. It can be a long road with uncertain outcomes. Hence, make sure that the win is worth the effort. Don’t be afraid to “fast fail.”

What does Rakuten hope to accomplish by partnering with RapidAPI?

Jed Ng: Our relationship with RapidAPI is a case study in corporate-startup partnership because:

The scale of the opportunity is huge. We are making a unicorn-scale platform play in the API economy. It doesn’t get more exciting than that!

Rakuten and RapidAPI’s contributions are significant and complementary. RapidAPI helps us accelerate time-to-market and enable launch at scale. Rakuten brings brand recognition, regional footprint, and operational expertise in the geographies where it is needed. We are the ideal scale-up partner.

Our vision is to establish a developer’s single-interface for API discovery, consumption, and management on a global scale. We see RapidAPI as a true partner in this journey, hence our decision to co-brand the Asian-Pacific business as “Rakuten RapidAPI.” For Rakuten, this has resulted in the creation of a new business unit which we expect to become a growth driver for the organization.

We at 500 Startups cherish our startup-corporate engagement success stories and have conducted extensive research on best practices and industry trends; we have a full suite of services tailored to help connect and work with relevant startups to corporate innovation needs.

For more information on our corporate services, contact Peter at peter.lee@500.co.