In Venture Capital, Not All Stages Are Created Equal

Early stage investing looks considerably different now than it did two decades ago. 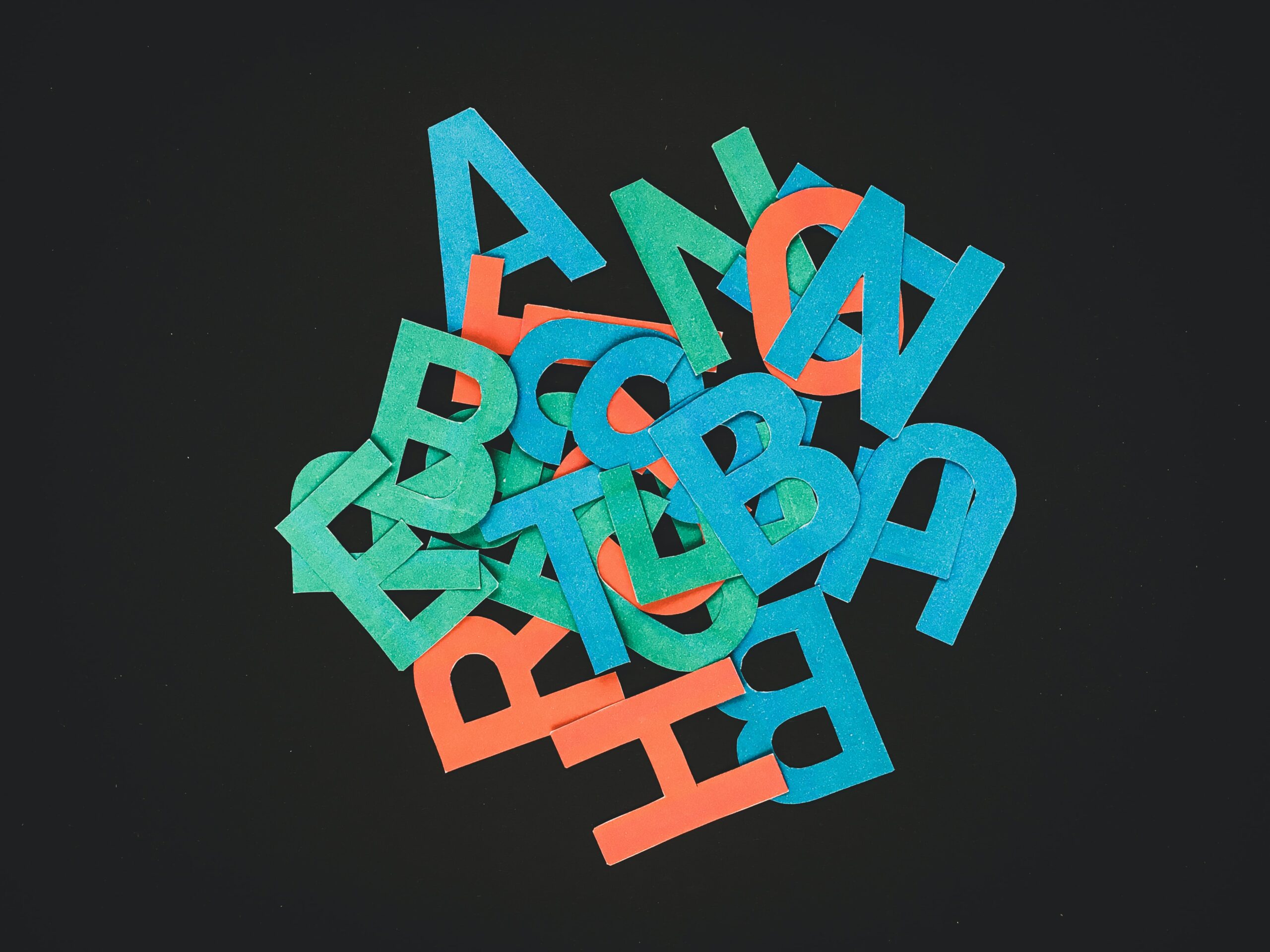 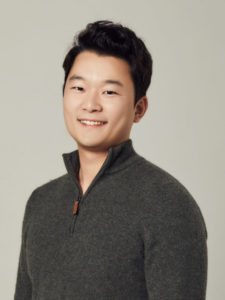 The next 100 years of the world’s economy is going to be built off companies just getting started today, and venture capital will play a central role in helping to bring them to life. But while many folks are familiar with venture capital, they might not be well-versed, perhaps, in the nuances of the different stages: early, growth and later rounds–up to mezzanine and pre-IPO deals.

Specifically, investors would be remiss not to understand the intricacies of early stage investing, an asset class that helped fuel the rise of the largest tech companies in the U.S., including Amazon, Apple, Alphabet and Microsoft.

Early stage investing is its own animal, one that continues to evolve across startup ecosystems worldwide. As one of the most active, early-stage global investors, 500 Startups is deeply embedded in the frontiers of this space, writing first-checks and witnessing the changing dynamics and opportunities.

There are considerable shifts playing out across venture funding. Companies are now staying private longer. In 2000, the median time between first investment to IPO was 3.1 years, while now that number is closer to eight years. More capital is pouring into later stage rounds, allowing the best companies to stay private longer. Investors are far more willing to champion innovative companies through long stretches of unprofitability as companies focus spending on R&D and growth.

Against that backdrop, early stage investing looks considerably different now than it did two decades ago. A brief history lesson is in order.

The parameters of modern venture capital were defined between 2002 and 2007. Befitting its name, the Series A was supposed to be the first round. Series A rounds originally targeted companies establishing early product-market fit, while Series B helped solidify market fit and spur scalable growth. But starting a tech company was a lot different then. These were the days before online customer acquisition, performance marketing or cloud hosting on AWS.

The current class of unicorns and decacorns rose as seed funding bloomed between 2007 and 2013. The cost of capital dropped and seed rounds cropped up to fund companies from their inception. With a half million dollars, a founder could put together a small team, launch a product and get early validation without burning cash on customer acquisition channels. Series A money shifted to establishing stronger product market fit, and Series B trended towards funding scalable growth.

Since 2013, seed rounds have converged with Series A, spawning the era of pre-seed funding. Pre-seed stage capital emerged, cutting entrepreneurs checks between $50K to $250K at the very beginning of their entrepreneurial journey. Pre-seed funding has given investors a chance to help small teams figure out if there’s meaningful promise in a new product or market and establish potential for further venture funding.

Meanwhile, I would wager that 95% of seed rounds today go into companies that already have a product. Companies now raise a Series A to validate product-market fit and start scaling, while Series B rounds are about hyper-scale and building out professional teams.

Seed rounds currently look a lot like a Series A round did a decade ago. However, there’s still a notable distinction. In 2010, a $1 billion valuation was truly a rarity, one deserving the unicorn tag. The ceiling on valuations has since increased dramatically.

Yet, I don’t see pre-seed valuations getting expensive. Pre-seed valuations and check sizes are still similar to what we saw in years past, because ultimately you’re still cutting the first check into a small team without a product. Conversely, seed stage companies often already have a chunk of funding and an inkling of market fit, allowing them to command higher valuations.

So, in this environment, how can investors and LPs manage risk and generate outsized early stage returns? I believe it starts by recognizing that the vast majority of a fund’s returns will be generated by a few big winners. Funds with returns above 5x generally see 90% of returns come from less than 20% of deals. It’s almost impossible to get a 3x return from a fund without an investment in an outlier company, and to get 10x returns a fund probably needs to invest in a 100x portfolio company.

Skilled investors with strong deal-flow sourcing capabilities and the ability to support companies have better odds of finding those winners, but they can’t afford to miss out on any. That’s why I believe it’s critical to increase the number of swings you take. Even the best seed and pre-seed investors can’t predict which company is going to 100x. Investors should figure out how many companies they can effectively manage and add value to, and then take enough shots on goal.

I also think it’s important to diversify exposure by investing outside the U.S. In 2014, the U.S. was home to almost two-thirds of new unicorns, but according to data compiled by CB Insights, now that’s closer to 50/50. We believe that in a decade the U.S. will only produce about a third of new unicorns, because U.S. tech companies simply won’t be able to dominate all global markets in areas like healthcare, fintech or insurance. That will create plenty of opportunities for local winners to rise.

It’s already happening. Consider Australia-based Canva, which recently reached a $15 billion valuation. When 500 Startups invested in Canva’s seed round in 2012, not too many VCs were taking opportunities seriously in Australia. As investors, we should not wait for opportunities to come to us in Silicon Valley.

At 500 Startups, we’ve been investing globally since our inception in 2010, and believe it’s critical to have people on the ground. This allows us to access promising international companies and seek to capture outsized venture return opportunities. We see the next frontiers in Latin America, Africa and MENA, markets which I believe will produce at least 30 unicorns within the next decade.

Looking ahead, I expect the dynamics of early stage funding to continue to evolve. The next generation of industry leaders and innovators are already out there, and 500 Startups looks forward to writing their first checks.

THE CONTENT IN THIS POST IS PROVIDED FOR GENERAL INFORMATIONAL OR EDUCATIONAL PURPOSES ONLY. 500 STARTUPS MAKES NO REPRESENTATIONS AS TO THE ACCURACY OR INFORMATION CONTAINED HEREIN AND WHILE 500 STARTUPS HAS TAKEN REASONABLE STEPS TO ENSURE THAT THE INFORMATION CONTAINED HEREIN IS ACCURATE AND UP-TO-DATE, NO LIABILITY CAN BE ACCEPTED FOR ANY ERROR OR OMISSIONS. UNLESS OTHERWISE STATED IN THIS POST, ANY PREDICTIONS, FORECASTS, CONCLUSIONS, VIEWS OR OPINIONS EXPRESSED REPRESENT THE CURRENT VIEW AND THINKING OF 500 STARTUPS WITH REGARD TO THE SUBJECT MATTER THEREIN BASED ON INTERNAL DATA AND/OR ANALYSIS WHICH HAS NOT BEEN INDEPENDENTLY VERIFIED, AND WHICH IS SUBJECT TO CHANGE AT ANY TIME.

UNDER NO CIRCUMSTANCES SHOULD ANY OF THE ABOVE CONTENT BE CONSTRUED AS LEGAL, TAX OR INVESTMENT ADVICE FROM 500 STARTUPS OR ANY OF ITS AFFILIATES. 500 STARTUPS DOES NOT GUARANTEE ANY FUTURE RESULTS FOR ANY DECISIONS MADE BASED IN WHOLE OR IN PART ON THE CONTENT OR INFORMATION CONTAINED HEREIN. ALL READERS OF THIS POST SHOULD CONSULT WITH THEIR OWN COUNSEL, ACCOUNTANT OR OTHER PROFESSIONAL ADVISORS BEFORE TAKING ANY ACTION IN CONNECTION WITH THIS POST.

Tim is a General Partner at 500 Global and manages 500's San Francisco-based global fund, investments, and accelerator program. Among his investments include Spoon, OP.GG, PeopleFund, More Labs, Rachio, Dano, and Famebit (acquired by Google). In 2016, he was named to the Forbes Asia's inaugural "30 Under 30" in Finance and Venture Capital. Continuing his career in VC, Tim became one of the youngest GPs at the age of 23 in 2015 with the closing of $15M South Korea-based fund, 500 Kimchi, L.P. Prior to 500, Tim founded several bootstrapped and venture-backed startups, including PostRocket which provided Facebook newsfeed optimization for brands and took part in Batch 3 of 500’s Seed Accelerator program. As an entrepreneur, Tim was named one of the top Youth Entrepreneurs in US by NFIB and McKelvey Foundation, and almost simultaneously, also became one of the youngest VCs at the age of 19, as an Associate at a seed-stage micro-VC firm in Boston.