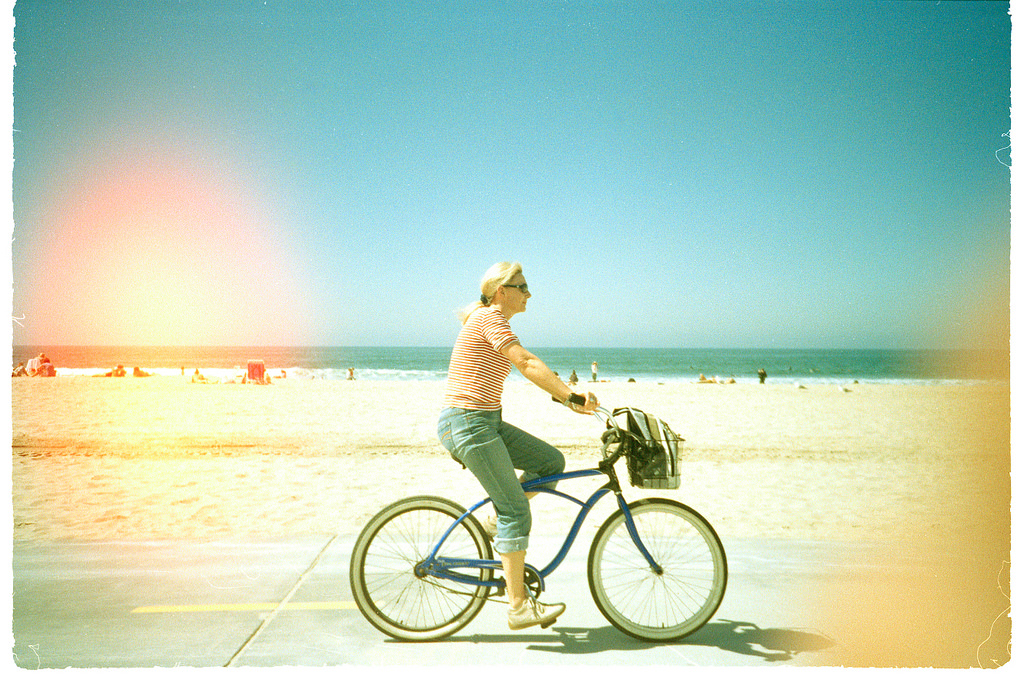 Many of us who’ve never lived in Los Angeles have strong opinions about the place. It’s the galactic center of the media universe, but we snark about its cultural inferiority, inauthenticity and general lack of seriousness.

All prejudice is based on ignorance; arguably, the Southland encompasses the nation’s most diverse startup ecosystem. Between Santa Barbara and San Diego, “there’s a huge spread of startups,” said Andrei Marinescu, a 500 Startups LA-based Partner on the Distribution Team. Increased access to capital and a more mature talent base have helped make the difference, he said.

There hasn’t been a shortage of people who are entrepreneurial and had fun or crazy ideas, but the ability to execute on those ideas was lacking for a long time. — Andrei Marinescu

According to Built in Los Angeles’s 2015 report, the last three years have shown steady growth in regional startup funding. Last year, 202 companies received $3.065B, and 67 of those firms garnered $2.156B through exits.

“In 2010, if you’d said, ‘hey, in a couple of years there will be three really strong mobile companies in LA, I would have said, you’re ****ing nuts,” said Marinescu. “If you look at Tinder, Whisper and Snapchat, those have been great success stories and very illustrative of the shift in LA — more focused on product, engineering and user experience.”

“Los Angeles always seems to get short shrift relative to the Bay Area because Silicon Valley has such a clean and simple story,” he said. Stanford, Xerox PARC and the geniuses in garages they sparked are essential Silicon Valley’s creation myth. Los Angeles lacks a similarly compelling narrative.

“In the Bay Area, there’s this attitude, ‘we’re the cradle of entrepreneurship,'” said Marinescu. “LA itself is actually an incredibly entrepreneurial place, partially because it’s so diverse. There’s a lot of inherent hustle in LA because of that.”

A lot of Bay Area investors didn’t feel like dealing with LA, like, ‘why bother getting on a plane and flying for an hour when I can focus on all the stuff happening outside my door?’ — Andrei Marinescu

Access to capital has definitely opened up in the last five years, Marinescu noted. “Today, there are a fair number of angel investors down here who are smart, savvy, value-add, have really relevant operating experience, are aggressive, and write big checks,” he said.

Despite that shift, “you still have a lot of founders who want to, or feel like they need to raise money from Bay Area VCs,” said Marinescu, adding that VCs have gotten more accustomed to flying down to LA and taking meetings.

For Trina Spear, co-founder of medical apparel company FIGS, the City of Angels is a very down-to-earth place to work.

“It feels funny saying LA is more real, because it’s kind of a fake town, but if you meet with entrepreneurs here, they’re very much focused on the reality of where their business is, where it’s headed, who they’re targeting and how to engage their consumers on a daily basis,” she said.

“Here, there’s a balance between pushing on innovation and meeting the customers where they are right now,” said Spear. “in Silicon Valley, the view is that if you’re focusing on customer needs, you’re too late.”

Because of that cultural difference, Spear said SoCal entrepreneurs are more focused on problems facing today’s consumers, whereas “Silicon Valley in general is focused on solving problems that maybe don’t even exist yet.”

“They’re working on them today and getting people to believe in them,” said Spear. “In LA, it’s more about building companies now that will be more sustainable over time.”

Before moving to LA last year, Albert founder and CEO Yinon Ravid lived in Manhattan for his entire adult life. “The idea of leaving New York City was very big move for a lifetime east coaster, but starting somewhere new really recalibrates the wires in many ways,” he said.

It’s very different to operate in a new scene instead of someplace that’s been around for a while. — Yinon Ravid

“There really aren’t that many choices you have in terms of a big-city ecosystem for startups,” said Ravid, who’s been shuttling back and forth between LA and SF to join the current Batch. “New York, San Francisco, LA, and maybe Chicago. I really liked the idea of getting out to California, where it’s been the Gold Rush proverbially for many years.”

Because LA now offers a stable and growing ecosystem, “you’re seeing a lot of talent move in pretty fast,” he added. Given the lower cost of living compared to the Bay Area, “building a company in LA is extremely cheaper than building one in San Francisco,” said Ravid. “Rents in West Hollywood versus SoMa are half. Literally half.”

“From buying food to having a place to live, it’s all a lot cheaper, so you can do a lot more with the same amount of capital,” he said. “There are enough challenges launching a business, so getting your capital to go twice as far is very powerful.”

Ravid said Albert’s first hire, who lives on the east coast, is “excited” about relocating to Los Angeles. “Location is so fluid to people those days, and a lot of people are wiling to move,” he said. “It’s important to sit shoulder to shoulder when we’re building a company.”

“We look for people in LA,” said Spear, “but we’ve hired people from other parts of the country, and outside the country as well. There’s some skill sets you may not be able to find in your backyard,” she said, “but you can find good people anywhere if you have a mission that people are excited about and a company that people can feel aligned with.”

If you feel like SF is the only place you can find talent, then you probably shouldn’t do what you’re doing, because you can find good people everywhere. — Trina Spear

According to Andrei, greater access to technical talent has been one of the primary drivers behind the region’s stability and success. “When I was at Hulu, it was a big challenge for recruiters to meet our hiring needs because the talent pools they were trying to draw from were in Silicon Valley and Seattle,” he said. “The challenge they’d run into time and time again as they tried to recruit engineers is that these folks said, ‘it’s high risk for me to move to LA. What happens after Hulu? Where do I go next?'”

Through the increased presence of companies like Google and Facebook, “that has changed,” said Marinescu. “It brought a lot more technical talent down here, but it’s also given people a clear sense that if they join a startup in LA that doesn’t work out, there’s a Plan B.”

LA is much more diverse than the Bay Area, certainly more than SF proper. There’s a lot of inherent hustle in LA because of that. — Andrei Marinescu

The cultural differences between LA’s startup environment and the Bay Area are as apparent as the weather, said Marinescu, who’s lived in Northern California. “People in San Francisco sort of look down their noses at LA because of stereotypes about the traffic, the entertainment industry and hot people who are dumb and narcissistic, but in LA, it’s exactly the opposite,” he said.

“You ask people what they think of the Bay Area, and you will not meet a single person who has something negative to say,” said Marinescu. “The attitude down here is that people aren’t comparing and contrasting themselves.” LA’s founders are in their own mode, and their community is thriving, he said.

“‘Silicon Beach,’ even though it’s a term I hate, it’s really stuck. People in Santa Monica on the west side of LA really embrace the term; I would say that’s the center of gravity for LA tech,” he added.

Ravid agrees: “In Santa Monica, you definitely do walk down the pier and you do hear the same chatter you hear when you walk around the Mission: people talking about KPIs and email retention rates. Still, LA has 15 million people sprawled across a very large swath of land, so the pockets are more disjoined,” he said.

“I’ve been here for four or five months, and I’ve definitely built relationships in the tech community — I do end up talking to the same groups of people who’ve founded companies on the tech side, the finance side, so I guess you gravitate towards the people that do the same things as you.”

In LA, you’re less likely to be held up against an insanely high bar that may not even be relevant to what you’re building. — Trina Spear

Spear said she preferred to build her company outside of the Bay Area bubble.

“Silcon Valley is massive, you have every kind of company there,” she said. “In any city outside of that world, you’re outside the magnifying glass and you can really focus on your business with less pressure. In LA, you’re less likely to be held up against an insanely high bar that may not even be relevant to what you’re building.”

“LA is way more diverse than San Francsico in terms of the way people think, act and work,” she added. “In SF, you walk into a company and it’s 4 pm and everyone’s playing ping pong, and then it’s 8 pm and everyone’s eating dinner together, and it’s 10 pm an people are still there.”

“At my company, some people have kids, or their commute is longer, or they have lives outside of the company, and we view that as a good thing,” she said.

Marinescu also said Los Angelinos are living more rounded lives than their Bay Area cousins.  “I think there’s more of a work/life balance. The challenge with San Francisco and the Bay Area in general is the echo chamber effect where it’s pretty much everybody you see: all your friends, everyone you see in cafes — they’re all in tech. and that is not the case in LA.”

As a result, LA has “less of that self-reinforcing dynamic where people constantly feel like they’re ranking themselves relative to their friends and their neighbors and the guy at the next table in the cafe,” he said. “It lends more of an even keel.”

There’s more diversity of viewpoint about how people approach the startup world and in our office, the hoodie-wearing bro engineer is not at our company, nor a lot really alive in a lot of other LA companies that I’ve seen. — Trina Spear

Spear concurred that LA encourages more individual thought and less groupthink. “People are focused on disrupting the industry that they’re in and bringing interesting products to the world, but you don’t need to all think the same things to get there,” she said, adding that diverse points of view make for a more inclusive class of entrepreneurs.

For Ravid, “the most interesting thing about is LA is that you feel like you’re out on the new frontier when you’re doing tech here. And it’s only 45 minutes away from Silicon Valley, which makes it a very interesting business opportunity.”