Lessons from PayPal on Building a World-Class Startup Culture

People often think there’s a magic touch when it comes to creating company culture, but Sal Giambanco, PayPal’s VP of HR during its startup days, sees it differently. 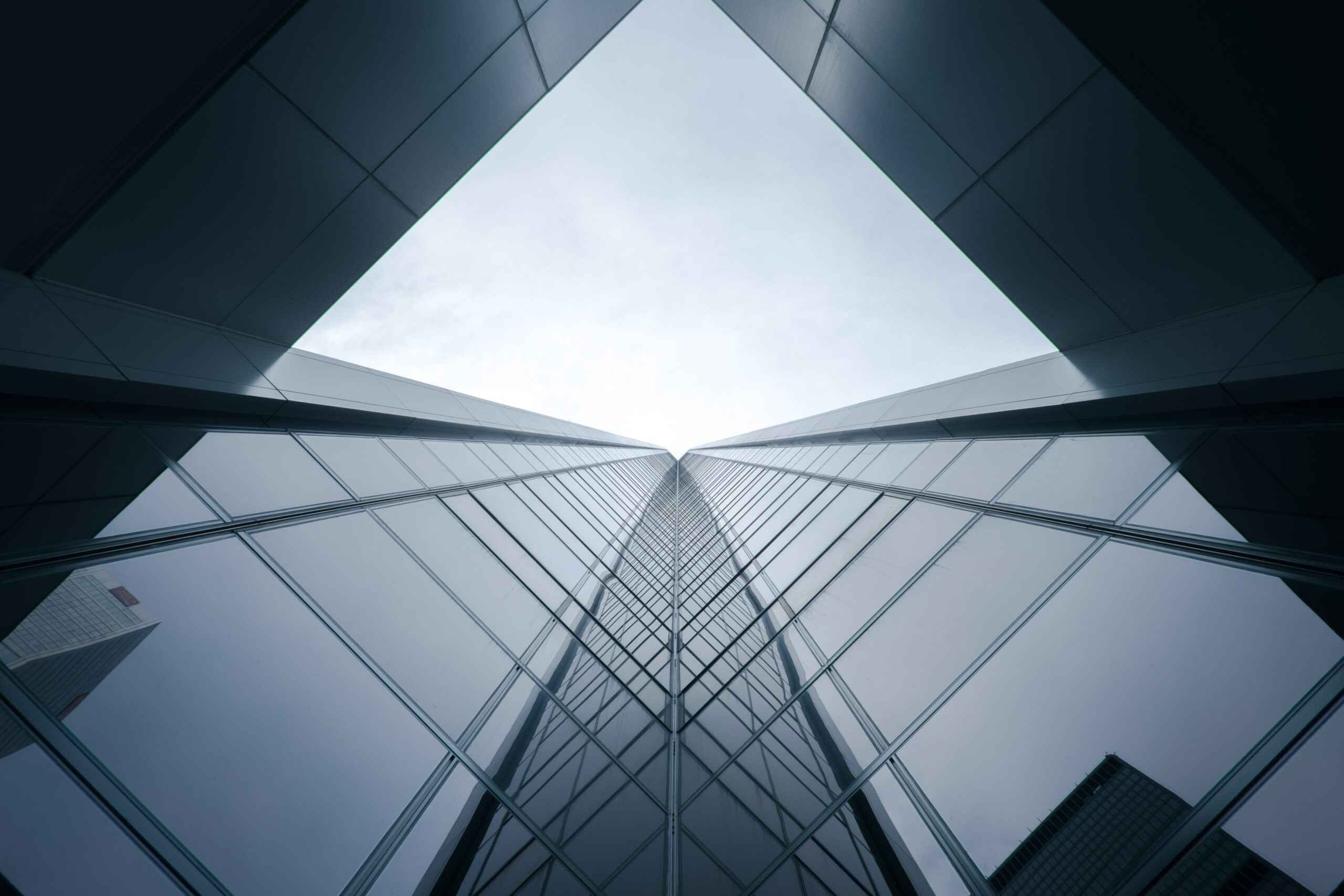 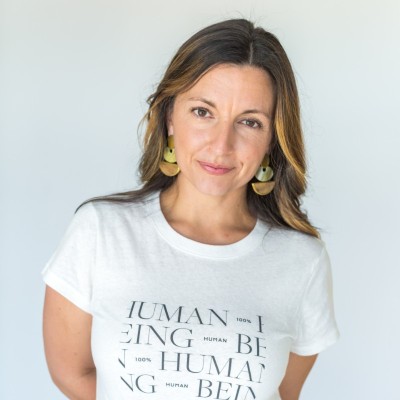 People often think there’s a magic touch when it comes to creating company culture, but Sal Giambanco, PayPal’s VP of HR during its startup days, sees it differently. In reality, Sal says, it’s about recruiting people who are authentic in their own sense of thinking.

As someone who worked at PayPal alongside Elon Musk, Peter Thiel and Reid Hoffman, among others, Sal knows what he’s talking about. “These are folks who are deep thinkers,” he says. “That gets into the importance of understanding the philosophical and the theological implications of culture, which when you’re reading business texts are often lost.” That helped PayPal’s founders build a revolutionary fintech company and create a culture that spawned the “PayPal Mafia”–early employees at PayPal that have gone on to found some of the largest tech companies in the world.

To understand how PayPal’s culture was shaped in the early days and how entrepreneurs can lay the foundation for world-class company culture, Sal recently joined 500 Global for a fireside chat to discuss his experiences. He shared his insights from nearly a decade at PayPal as it scaled globally, from leading human capital and operations functions as a Partner at Omidyar Network, one of the world’s largest philanthropic investment firms, working with entrepreneurs through Endeavour, and his extensive startup advisory and social impact work.

Sal says that at the beginning PayPal didn’t identify as a financial services firm, but as a tech company engaged in financial services. There was a deep sense of cooperation and team spirit; it didn’t matter which department someone came from—everyone was responsible for solving problems. “The original PayPal was all about an attitude that we were all responsible for everything,” says Sal.

And there were plenty of problems to solve. When Sal joined in late 1999, PayPal was losing up to $10 million per month and would soon be on the verge of running out of money. He was responsible for recruiting under those circumstances, which included asking new hires to take a 70% pay cut for jobs they might soon lose—no easy task.

“Would you join that company? Because that’s the reason why we had all those entrepreneurs who went off to start all those companies [as] part of the PayPal mafia,” says Sal. “Because they accepted that employee value proposition.”

It helped that Sal brought a unique vision to his role. He’s a trained Jesuit who once served as a chaplain at San Quentin prison and for terminally ill hospital patients. His work as a Jesuit included recruiting young people to take permanent vows of poverty, chastity and obedience. “There’s no comparison between the level of difficulty in trying to recruit people for the Jesuits and anything else I’ve seen in my entire career,” says Sal.

When approaching company culture, Sal points to a philosophical definition of culture: it’s the product and process of a cumulative conversation of a people about what is good, true and beautiful and what is bad, false and ugly and how to coordinate actions to pursue the former and avoid the latter. He believes it’s helpful to consider the philosophical underpinnings of culture overall, which includes looking back to fundamental concepts Aristotle and the ancient Greeks developed thousands of years ago around ​​paying attention to how we behave together and developing methods of holding ourselves accountable.

Alongside that, Sal offers a practical business definition of culture: the beliefs, values, attitudes, traditions, practices and assumptions shared by people at all levels, which shapes the way people think, behave and evaluate. That culture is represented in organizational artifacts like language, decision-making, symbols, stories and legends, and it’s usually built around a values statement that defines and codifies deeply-held beliefs and principles, and establishes a standard against which other actions can easily be assessed.

That’s a lot to digest, but what it ultimately boils down to is understanding that we’re all human beings and we value some things over others and interpret behaviors based on those values. “That’s what we’re talking about when we’re creating a culture,” says Sal. “What are the things we want to value within our company over other things?”

Every organization has values, whether they’re implicit or called out publicly; identifying them simply means paying attention to what a team prioritizes and how it spends time. PayPal’s original team understood the importance of being mindful of these things and how the organization behaved and held people accountable. For example, in the early days they limited the number of meetings they held to avoid analysis paralysis and banned using PowerPoint because it was a linear progression of thinking.

A successful culture, says Sal, creates rituals around everything from on-boarding employees to decision-making and celebrating success. These rituals help teams adjust to what Sal calls the “signal-to-noise ratio.” In this chaotic era of social media there’s more noise than ever, and companies need to pay attention to the right signals. For example, says Sal, a CFO shouldn’t just be a bean counter; their priorities will dictate their business decisions. “The CFO needs to be someone who pays attention to that signal-noise-ratio within the financial architecture of your business.”

Similar to rituals, Sal believes it’s important to develop company stories and legends. “I used to call it myth creation,” he says. “Remember myth is a form of truth.” He points to stories that helped burnish PayPal’s reputation: how they worked seven days a week and slept at the office and cleaned it themselves because they couldn’t afford janitors.

Sal also believes a key part of a strong culture is getting creative and avoiding stiffness when it comes to formal documentation, like employee handbooks. “I hate employee handbooks, I hate rules. I like guidelines.” He likes guidelines because they test people’s judgement and help them prioritize and solve real problems. If everyone on a team understands organizational standards and values, it speeds up decision-making and allows companies to grow talent internally and promote leaders who embody those values. That’s important, says Sal, because outside hires at the senior leadership level don’t have a great track record of success once companies reach a certain size. Strong, internally-grown talent helps prevent inconsistencies from developing across geographies and teams during expansion.

So how do you know when you’re getting culture right? This is where feedback loops become important at every level of an organization, says Sal, because they affect every aspect of a company, from marketing to human capital and innovation itself. He recommends training focusing on feedback loops and helping employees learn how to give feedback (the reason being that people generally aren’t trained to talk to each other). In particular, he highlights the SBI Feedback Model, which helps people communicate and process what they’re truly feeling and express deeply important things in a safe manner.

Ultimately, an important way to gauge whether company culture is successful is to understand your employees. The number one reason employees stay at an organization is because they feel managers care about them as people, says Sal. “That develops the primacy of loyalty, which means that those employees will then engage in the holy grail of human capital,” he says. “The holy grail of human capital is discretionary effort.”

Discretionary effort is when employees go above and beyond the call of duty because they care deeply about their work. Sal is a good example. “I worked for some amazing CEOs and the one thing that I never wanted to hear ever was ‘Sal you’ve disappointed me,’” he says. “That was worse than death to me.” Imagine then what a small team of employees engaging in discretionary effort can do together—or just look at what PayPal achieved.

500 STARTUPS PROGRAMS (INCLUDING ACCELERATOR PROGRAMS), INVESTOR EDUCATION SERVICES, STRATEGIC PARTNERSHIP CONSULTING SERVICES AND EVENTS ARE OPERATED BY 500 STARTUPS INCUBATOR, L.L.C. (TOGETHER WITH ITS AFFILIATES, “500 STARTUPS”) AND THE FUNDS ADVISED BY 500 STARTUPS MANAGEMENT COMPANY, L.L.C. DO NOT PARTICIPATE IN ANY REVENUE GENERATED BY THESE ACTIVITIES. SUCH PROGRAMS AND SERVICES ARE PROVIDED FOR EDUCATIONAL AND INFORMATIONAL PURPOSES ONLY AND UNDER NO CIRCUMSTANCES SHOULD ANY CONTENT PROVIDED AS PART OF ANY SUCH PROGRAMS, SERVICES OR EVENTS BE CONSTRUED AS INVESTMENT, LEGAL, TAX OR ACCOUNTING ADVICE BY 500 STARTUPS OR ANY OF ITS AFFILIATES.

THE VIEWS EXPRESSED HERE ARE THOSE OF THE INDIVIDUAL 500 STARTUPS PERSONNEL, OR OTHER INDIVIDUALS QUOTED AND ARE NOT THE VIEWS OF 500 STARTUPS OR ITS AFFILIATES. CERTAIN INFORMATION CONTAINED HEREIN MAY HAVE BEEN OBTAINED FROM THIRD-PARTY SOURCES, INCLUDING FROM PORTFOLIO COMPANIES OF FUNDS MANAGED BY 500 STARTUPS. WHILE TAKEN FROM SOURCES BELIEVED TO BE RELIABLE, 500 STARTUPS HAS NOT INDEPENDENTLY VERIFIED SUCH INFORMATION AND MAKES NO REPRESENTATIONS OR WARRANTIES AS TO THE ACCURACY OF THE INFORMATION IN THIS POST OR ITS APPROPRIATENESS FOR A GIVEN SITUATION. IN ADDITION, THIS CONTENT MAY INCLUDE THIRD-PARTY ADVERTISEMENTS OR LINKS; 500 STARTUPS HAS NOT REVIEWED SUCH ADVERTISEMENTS AND DOES NOT ENDORSE ANY ADVERTISING CONTENT CONTAINED THEREIN.

THIS CONTENT IS PROVIDED FOR INFORMATIONAL PURPOSES ONLY, AND SHOULD NOT BE RELIED UPON AS LEGAL, BUSINESS, INVESTMENT, TAX OR ACCOUNTING ADVICE. YOU SHOULD CONSULT YOUR OWN ADVISERS AS TO THOSE MATTERS. REFERENCES TO ANY SECURITIES OR DIGITAL ASSETS ARE FOR ILLUSTRATIVE PURPOSES ONLY, AND DO NOT CONSTITUTE AN INVESTMENT RECOMMENDATION, OFFER TO SELL OR SOLICITATION TO PURCHASE ANY INVESTMENT SECURITIES, OR OFFER TO PROVIDE INVESTMENT ADVISORY SERVICES. FURTHERMORE, THIS CONTENT IS NOT DIRECTED AT NOR INTENDED FOR USE BY ANY INVESTORS OR PROSPECTIVE INVESTORS, AND MAY NOT UNDER ANY CIRCUMSTANCES BE RELIED UPON WHEN MAKING A DECISION TO INVEST IN ANY FUND MANAGED BY 500 STARTUPS. (AN OFFERING TO INVEST IN AN 500 STARTUPS FUND WILL BE MADE ONLY BY THE PRIVATE PLACEMENT MEMORANDUM, SUBSCRIPTION AGREEMENT, AND OTHER RELEVANT DOCUMENTATION OF ANY SUCH FUND AND SHOULD BE READ IN THEIR ENTIRETY.) ANY INVESTMENTS OR PORTFOLIO COMPANIES MENTIONED, REFERRED TO, OR DESCRIBED ARE NOT REPRESENTATIVE OF ALL INVESTMENTS IN VEHICLES MANAGED BY 500 STARTUPS, AND THERE CAN BE NO ASSURANCE THAT THE INVESTMENTS WILL BE PROFITABLE OR THAT OTHER INVESTMENTS MADE IN THE FUTURE WILL HAVE SIMILAR CHARACTERISTICS OR RESULTS.

CHARTS AND GRAPHS PROVIDED HEREIN ARE FOR INFORMATIONAL PURPOSES SOLELY AND SHOULD NOT BE RELIED UPON WHEN MAKING ANY INVESTMENT DECISION. PAST PERFORMANCE IS NOT INDICATIVE OF FUTURE RESULTS. THE CONTENT SPEAKS ONLY AS OF THE DATE INDICATED. UNLESS OTHERWISE EXPRESSLY STATED, FIGURES ARE BASED ON INTERNAL ESTIMATES AND HAVE NOT BEEN INDEPENDENTLY VERIFIED. ANY PROJECTIONS, ESTIMATES, FORECASTS, TARGETS, PROSPECTS, AND/OR OPINIONS EXPRESSED IN THESE MATERIALS ARE SUBJECT TO CHANGE WITHOUT NOTICE AND MAY DIFFER OR BE CONTRARY TO OPINIONS EXPRESSED BY OTHERS. ALL LOGOS AND TRADEMARKS OF THIRD PARTIES REFERENCED HEREIN ARE THE LOGOS AND TRADEMARKS OF THEIR RESPECTIVE OWNERS AND ANY INCLUSION OF SUCH TRADEMARKS OR LOGOS DOES NOT IMPLY OR CONSTITUTE ANY APPROVAL, ENDORSEMENT OR SPONSORSHIP OF 500 STARTUPS BY SUCH OWNERS.

PLEASE SEE SECTION 2 OF OUR TERMS OF USE FOR ADDITIONAL IMPORTANT INFORMATION.

Courtney Weinstein is an ESG consultant at 500 Global.