Mayvenn is Killing It Because of Community 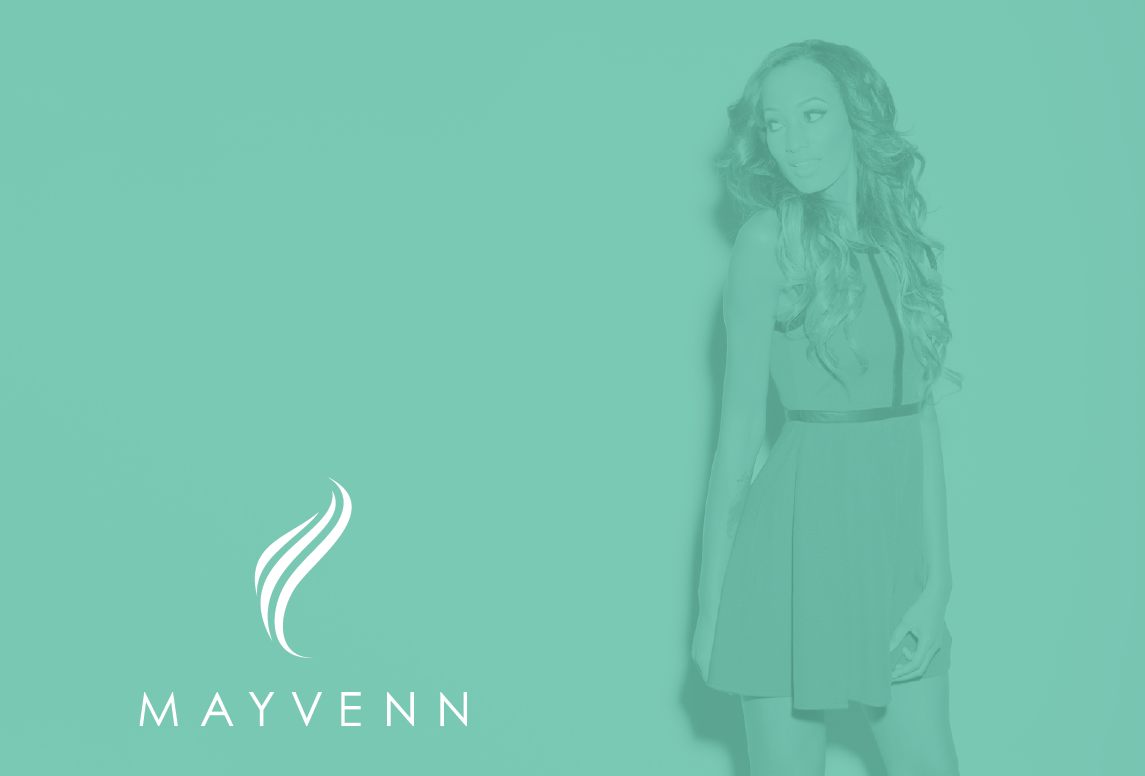 Today’s GROWTH case study looks at how 500 portfolio company Mayvenn is leveraging one of the most untapped — but high ROI — distribution channels out there: SMS.

Neeharika Bhartiya at Sonar, another 500 company, breaks down how SMS has helped Mayvenn scale reach and conversions to a customer base that’s increasingly post-email.

Mayvenn Is Killing It Because of Community

Today was a big day for Sonar’s first customer, Mayvenn, a startup that reinvented the distribution channel for hair extensions by allowing hair stylists to sell hair directly to their customers. Mayvenn announced an Andreessen Horowitz led $10mm round of fundraising (including celebs like Serena Williams and Jimmy Iovine), revenue figures in the tens of millions, a community of 30,000 hair stylists, and an order of magnitude more direct customers.

A Community Built On SMS

Mayvenn has sales and customer service teams interacting with hairstylists (“Mayvenns”) and customers primarily via SMS.

“Our customers love it,” says COO Taylor Wang, “There’s just no doubt about it.”

“SMS is just much more personal than any other channel. Our customers know: ‘I have this person at Mayvenn that I text and who is always available to me’. They don’t see SMS communication as marketing or sales. When we send our customers coupons, we get individual, personal, texts back, saying ‘hey, thanks for letting me know!’”

In the early days, Mayvenn’s founders Taylor and Diishan noticed that Mayvenn’s stylists and customers were starting to reach out to them over SMS. Immediately they handed out a bunch of Sprint phones to their customer service reps. “It was driven by our community,” says Wang.

While it made the customers happy to be able to text, it became clear very quickly that the Sprint phone solution wasn’t sustainable. The Mayvenn team had no way to track performance, phones were cumbersome, and there weren’t any solutions to be able to do high volumes of high touch SMS. And that’s when our company, Sonar, was born.

The first SMS campaign Mayvenn tried out just told all their customers they could save the new phone number in their phones and text back if they had any questions. That continues to this day (see above.)

Next, they used SMS to contact stylists that had not responded via phone to Mayvenn sales reps. They even reached out to stylists who had fully registered, but not made a sale for 3 weeks. (See right.) The results were overwhelming. These two set of text messages alone resulted in 20 to 40% increases in conversion at different points in their funnel, leading to a significant increase in full converted stylists (stylists who have made a sale).

How does Mayvenn Use SMS Today?

Today, with hundreds of thousands of texts going in and out each month, a phenomenal average SMS response time of less than 5 minutes, and close to 100% read rates, SMS has become a vital component of Mayvenn’s community.

It’s not infrequent for Mayvenn to get a text from a stylist saying “Hey, my friend wants to sell as well, her number is XXX-XXX-XXXX”.

It’s also common for Mayven to upsell products through text reminders of online deals. Words of encouragement & status updates remind stylists of how much money they can earn by selling Mayvenn products and image messages let customers know exactly how hair will look before they purchase it. 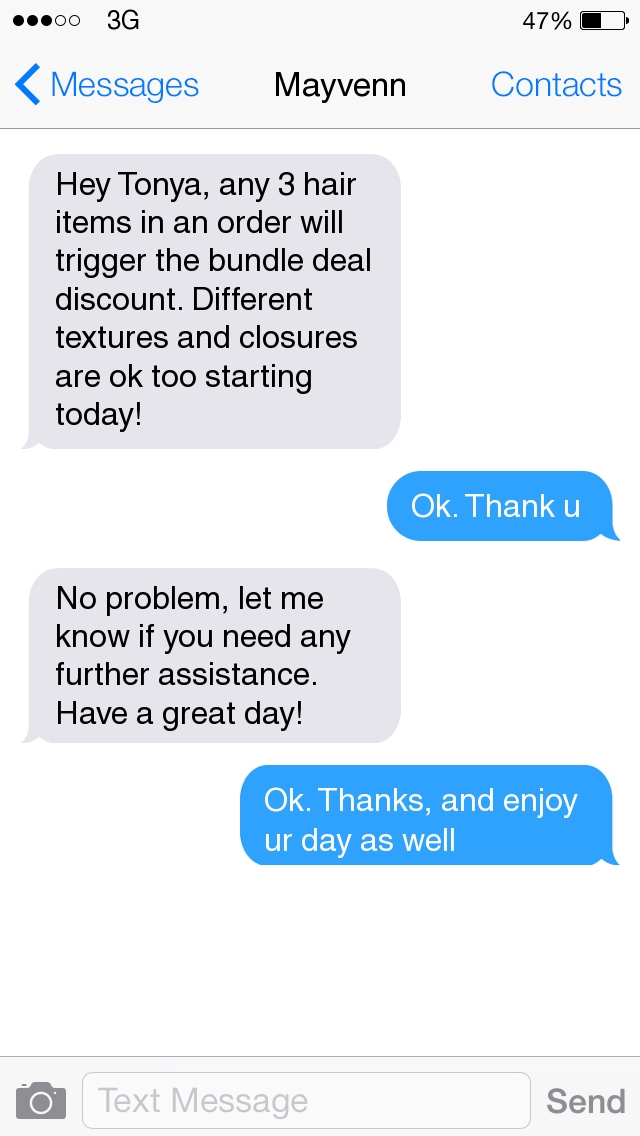 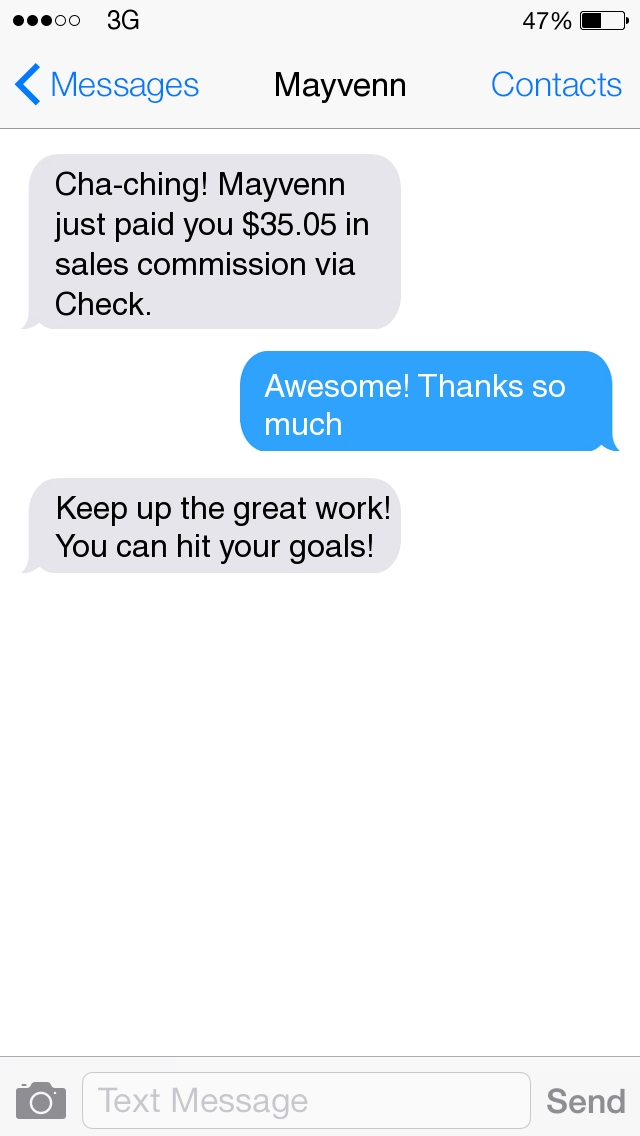 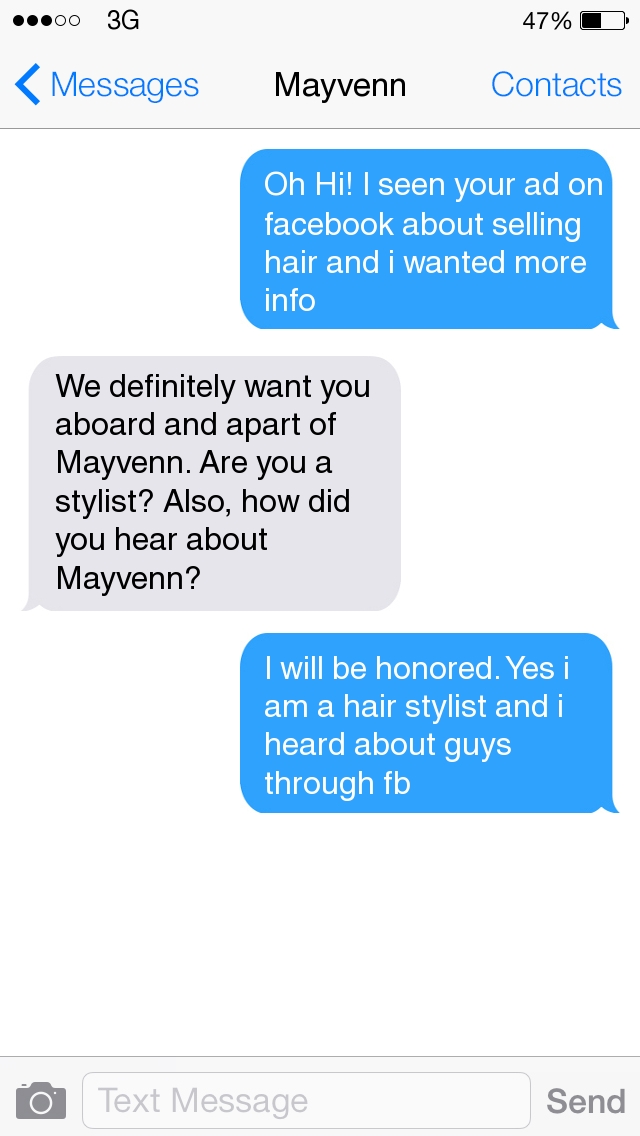 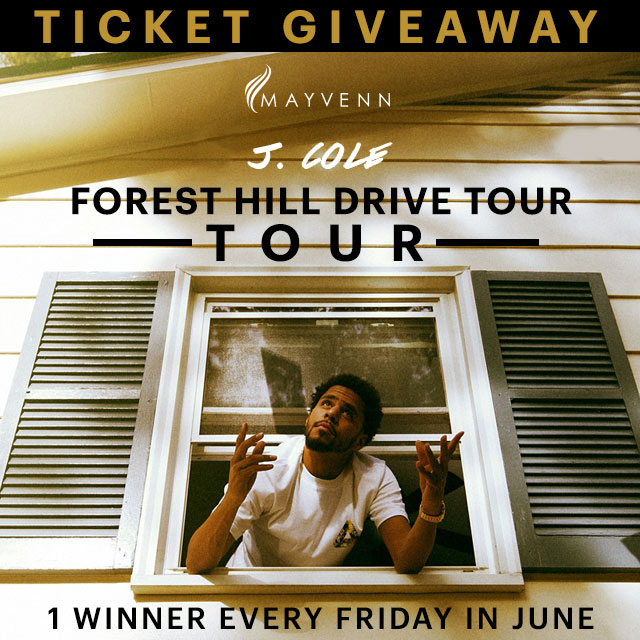 When we talked to Taylor yesterday, he made the value of SMS abundantly clear.

“Mobile as a platform is an integral part of every individual’s life at this point. If you’re building a community, and can have a way into everyone’s pocket, it’s hugely valuable.” 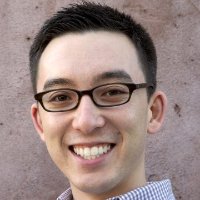 SMS has much higher open rates than email, and Taylor gets it:

“We do some emails, but it’s not as good as SMS. Not even close. SMS is 100% open rate. Although you may have email accessible on your phone, email is just a terrible platform. The worst. I get 300 day. It’s garbage. There’s just not a lot of need for email anymore (outside of the business context)– it’s really a business tool. When you are building a strong community, you want it to not just be a business relationship, you want it to be a personal one. If you send an email, by the time someone replies, its lost. I have 521 unread emails on my phone and I don’t plan on opening most of them. I have 0 unread texts because I read every single one of them. Do the math.

Before, sending a message to everyone in your community meant putting together artwork, placement…all those images, approvals etc. and hoping for a 30% open rate, tops. Now, we think about 160 characters and get it out.”

Having people on the line everyday isn’t easy. It requires having great people on the other end, responding with friendly and helpful messages.

For Taylor, though, “It’s just a commitment to the business. It’s like what Zappos always said on their customer service. Make a commitment to make everybody happy. My perspective on making a product isn’t the Silicon Valley dehumanizing approach. It’s certainly not the way to build community, period. I don’t believe in a system where you pick up the phone and have 10 minutes of automated chains to finally find somebody. You should always be able to get a real person. SMS is actually THE technical solution for scaling human availability.

What if a customer had a really simple question and made a purchase. How often is that happening? All the time on the internet. E-commerce hasn’t figured it out because the shopping experience is confusing and there isn’t someone to help! So often, customers are in the boat where ‘If I just knew x, I’d buy.’” Human support allows the purchase to happen.

You learn so much about your customers by talking to them! Certainly at an early stage, and probably later stage too, it’s a much more open dialogue.”

The Future of Community

At Sonar, we think that the creation of a strong user community is going to require more personal channels of communication. SMS and picture messages (MMS) make up one such channel, but Facebook Messenger, WeChat, Line and other messaging platforms represent the next frontier. We are strong believers in high touch communication with users and want to help companies make that happen.

If you’re interested in learning more about SMS as a DISTRO channel, we highly recommend you check out Sonar.

Sonar offers high-touch communication to customers on mobile messaging channels such as SMS and Facebook Messenger. The company helps clients increase revenue, conversion rates, and customer satisfaction by connecting them to their customers on the channels they prefer.

Neeharika is currently an engineer at Sonar. She was previously a 500 founder, investment banker, and mechanical engineering graduate from MIT.