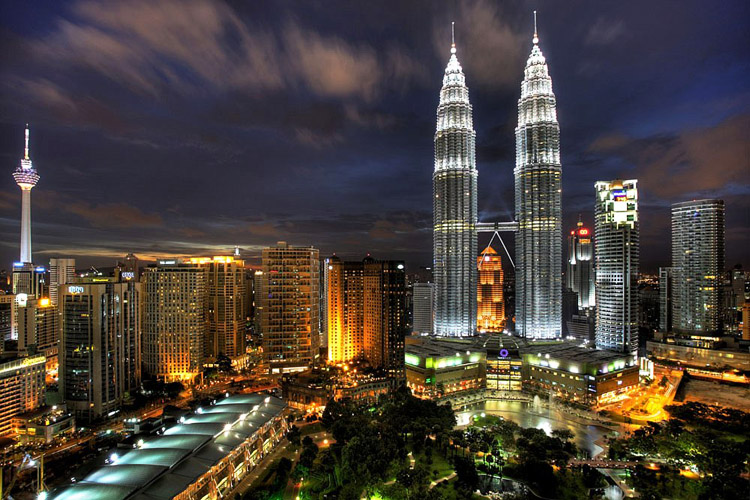 In 2013, when Khailee Ng was named Managing Partner of regional fund Durians 500, “Southeast Asia wasn’t hot,” he explains. “India and China were still making the global headlines in terms of startups.”

Since then, 500 Durians has invested in more than 120 companies, including breakouts like ride-sharing contender Grab, C2C marketplace Carousell, and Bukalapak, Indonesia’s biggest and fastest-growing B2C platform, Today, there are about 120 companies in the fund, which was enlarged from $10 to $25 million.

Durian fruit may be banned by several airlines, but under Ng’s leadership, the fund’s sweet smell of success continues to attract admirers. A job posting seeking 6 new support staffers drew 150 applicants in the first 24 hours. After 10 days, 623 had submitted their resumes.

Ng, a Malaysia-based founder, first connected with 500 Startups via Geeks on a Plane before becoming an Entrepreneur-in-Residence for Batch 5. After founding (and exiting) content platform says.com and Groupon “clone” GroupsMore practically back-to-back, Ng initially thought Durians 500 would be a relatively quiet outpost in 500’s budding empire.

So, 500 Durians’ growth took you completely by surprise?

There’s no historical track record of any billion-dollar unicorns coming out of Southeast Asia and there wasn’t a widely known sphere at the time. Even for me, having grown up and built a career in Malaysia, I didn’t know how quickly it would develop.

We only started out with a $10 million fund and as we started looking for companies and investing in them, it became clear that there were more and more companies which were very investable cropping up. More funds were dedicated and very quickly, that $10 million was deployed. We were very fortunate to partner with a couple of good companies.

The real machinery behind 500 Durians : @vishalharnal and team!

Our first 20 deals included Grab and Bukalapak; by now, both of these companies are now in the $100 million-ish range. That really encouraged the appetite of our investors, who wanted to put more into the fund, so we expanded the fund twice. A lot of how quickly it developed took everyone by surprise, not just me, but everyone else in the industry as well.

Does Southeast Asia’s startup ecosystem have many investors with prior tech experience?

A lot of our previous investors have experience from the hardware and semiconductor era. New tech investing in the mainstream wasn’t in the mainstream, however, there were a lot of other funds which started a couple years before I did, and they locked on to a few angel investors who were pretty active so it wasn’t barren.

Is Southeast Asia’s startup community still coming together, or is it thriving?

Right now, there’s tech events happening monthly, major ones. Every single country has a good base of angel investors, seed investors, and follow-on investors. The VC dedicated to Southeast Asia has doubled every year in the past two years, and this year, it’s set to more than double.

Has the arrival of Silicon Valley behemoths like Google, Amazon Web Services and Facebook altered the ecosystem?

Generally, Google, Amazon and Facebook only have sales departments in emerging markets. I wouldn’t suggest the emerging market startup talent pool had much input from US tech giants.

If anything, the availability of the services themselves are useful. Not to say there have not been locals who have worked in the US and come back to start companies, but based on 20% of seed deals we’ve done in Southeast Asia, experience in those companies have no correlation so far.

So, the presence of those companies in Southeast Asia doesn’t necessarily produce more native startups?

Local entrepreneurs are building great companies with or without Silicon Valley, and when 500 enters an emerging market, we are humbled to be allowed a chance to accelerate the growth with additional capital and a broader network. The maturity of an ecosystem like Southeast Asia has been driven by a variety of factors, of which talent exodus from those companies is not a key part.

What has the Malaysian government done in the last three years to support startups? Are as many firms still going to Singapore or the Philippines as in years past?

No one really goes to the Philippines; Singapore, there’s argument. On closer inspection, Southeast Asian firms register in Singapore in the same way California firms register in Delaware. Many non-Singapore firms go there to raise money, some may set up a presence to fulfill requirements from Singaporean money raised or for market expansion. One of our largest portfolio companies, Grab, is one late-stage company who set up a substantial base there to attract foreign talent.

But overall, each governments are at a war for retaining and supporting their own startup talent, and the efforts of agencies like Mavcap, MDeC and MaGIC span across the spectrum from education to facilitation of funding and even funding VC firms, and many of our portfolio companies have benefited.

Are there as many copycat companies in your region as there were a few years ago, or are major global players like Uber or Airbnb making inroads?

Not sure if its an either-or; both happen simultaneously. It’s not about copycat or not, it’s about who can serve very fundamental and predictable needs of the booming consumer class of Southeast Asia.

Is it correct to assume that online customer acquisition costs are still relatively low, as compared to the US?

How easy is it for foreign entrepreneurs to set up shop in your part of the world? Are work permits/visas relatively easy to obtain?

There’s plenty of perceived red tape, but every country here has its pockets of foreign entrepreneurs who will tout about how easy it was for them. Fifty percent of the startups in my portfolio have foreign founders or foreign staff.

In terms of market sectors and also personality, what types of entrepreneurs would you like to see more of in your market?

We’ve a lot of cost-conscious, survivability-concerned founders who scale cautiously. Good to keep that spirit up. However, they do so need to know when to jam hard on the gas pedal. In terms of sectors, there’s still a lot of opportunity across every sector, even though some may think consumer is getting crowded.

Less important is the sector more important are sizable and accessible customer pools who can to give the startup a lot of money for their product or service!