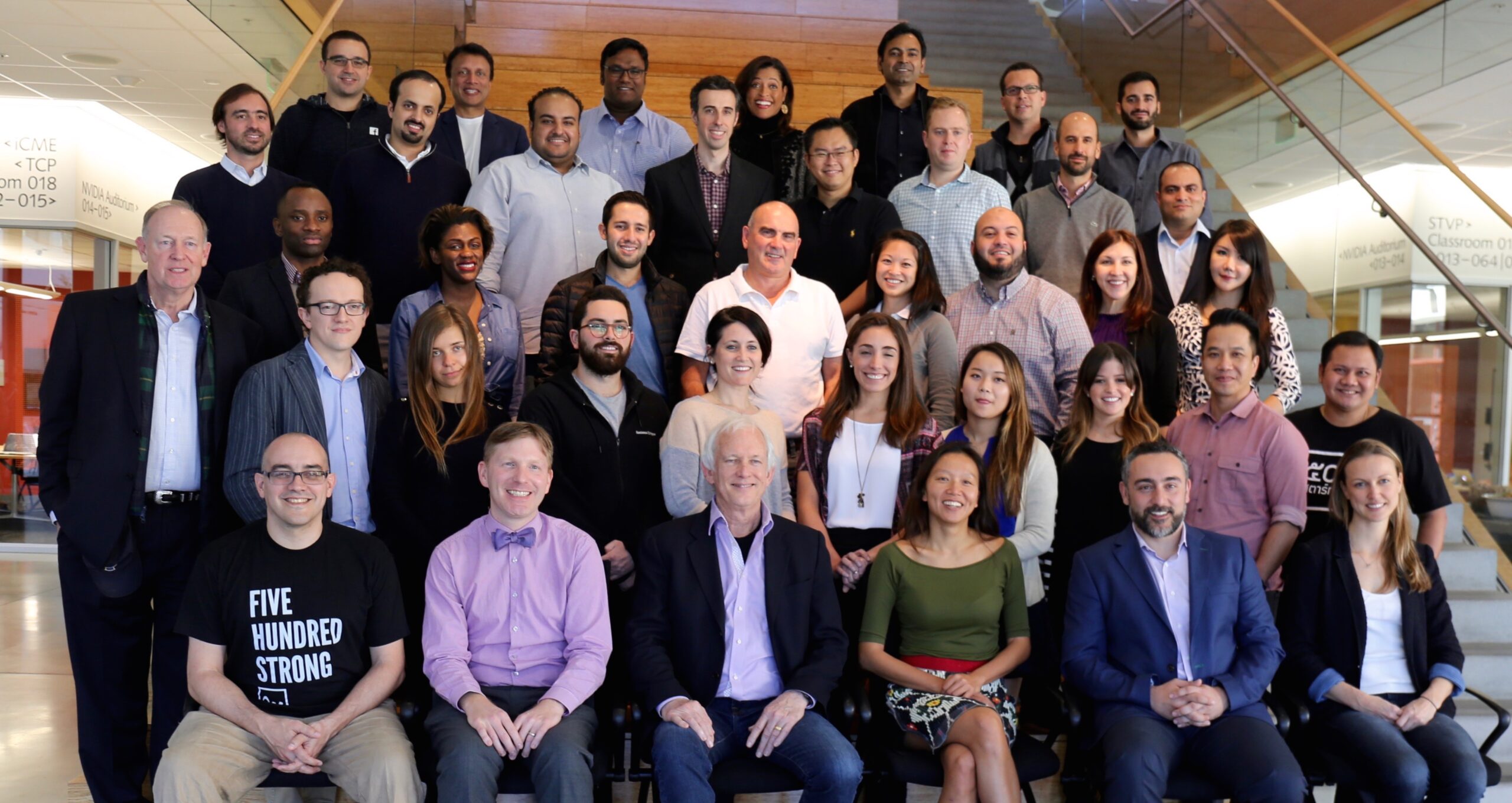 As a group, the participants in our Venture Capital Unlocked investor training program plan to invest over $600M in startups around the world. Several of them are already in talks with 500 Startups B15 companies after seeing them pitch at our most recent DemoDay.

The program, which is taught by 500 Startups in partnership with Stanford Center for Professional Development, ran from Feb 8 – 19th. It is a 2-week crash course on investing strategies, tools and tactics for investors who want to learn how Silicon Valley really operates.

The group of participants was an impressive bunch from all over the world, who over the course of two weeks shared notes, deals, laughs, and (perhaps too) many a cocktail.

As to be expected from a 500 Startups program, the class included people of all ages, races and nationalities. 30% of the participants were women.  70% were international and most of the US participants came from non-SV geographies such as Miami, New York, Texas, Hawaii and even that 51st state otherwise known as Canada.

More than half the class are angel investors, about ⅓ work for a venture fund and ¼ work for a family office. We also had several participants who work for social impact funds or in government-related funds. All together, they plan to make about 1800 investments with the 600M in money raised ready to invest.

Several of our B15 companies are already in serious discussions with angel investors and fund managers from the class.

The program is designed to ensure a highly diverse mix of participants, so there is a lot of potential for partnership and new ideas among the class. Three of the main goals of the program are that participants:

3) and of course, network with all that Silicon Valley has to offer.

We had a full agenda, and participants got the chance to hear from some of the world’s top VCs.

Most of the participants said they were drawn to the program because they were looking to add structure to their knowledge of venture capital and increase their confidence in making deals.

As a class, they plan on making about 1800 investments over the next three years, and with a $600M budget, that’s some serious investing. To be successful, they will need their newly acquired skills, their network both in Silicon Valley and around the world, and a whole lotta luck.