The company wants to create FOMO around startup investing. 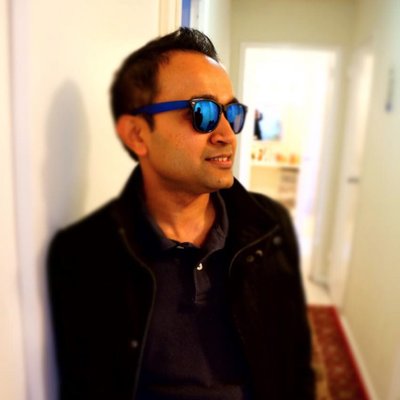 A key part of any startup accelerator program is demo day: an opportunity for founders to pitch to a room full of potential investors after weeks of mentorship and rehearsal. But the pandemic has forced firms to move this much anticipated occasion from an in-person event to a virtual one, unlocking new possibilities for startups to fundraise.

Ali Moiz is banking on that. His one-year-old company Stonks, which he describes as part Twitch, part AngelList and part Shark Tank, is bringing pizzazz to demo days. “We want to spearhead the mass adoption of startup investing by making it funny, engaging, approachable,” says Moiz.

So far, Stonks is proving to be a crowd pleaser. Big names in the startup world are already using its platform, including a16z, Techstars, Draper and others. 500 Global hosted its Spring 2022 demo day on Stonks, a portfolio company, and so did 500 Latin America. It now runs 15 to 20 demo days per month, and Moiz reports that Stonks is on track to see investors channel $100 million to startups through its events this year.

Alongside video and chat tools, the platform includes features designed to help founders maximize their fundraising potential. One example is a ticker that runs at the bottom of a video, broadcasting investor interest in a company during a pitch. “What we’re really focused on is investor psychology, which involves things like social signaling and FOMO, and the idea of competitive rounds that you’re missing out on,” says Moiz. When a well-known investor asks for an introduction or commits to a deal, it may prompt other investors to take a second look at a deck or request intros too. “Our goal is to 3-5X the amount of spend per investor that’s coming to your demo days,” says Moiz.

Of course, Stonks doesn’t expect all investors to write a check on the spot. Instead, the company aims to maximize engagement and the number of meetings between founders and investors. In that, Moiz sees his platform tackling a key issue founders face when raising funds. Typically, they have to go through dozens of meetings with potential investors and repeat their pitch ad nauseam. “What if those founders could do 30 first meetings, or like 100 first meetings in five minutes, all at once?” says Moiz. At its core, that’s the opportunity Stonks is trying to productize, as Moiz phrases it, by “building trust with strangers at scale using live video.”

It’s an idea he admits he came upon by accident. A veteran of several startups, Moiz got his start after dropping out of college and moving to California, where in 2007 he co-founded Peanut Labs, which did online market research, monetization and advertising. (His entrepreneurial instincts trace to his youth in Pakistan: in grade school Moiz used to buy Pokemon cards at a wholesale market and resell them at full price to classmates. A good gig until the principal shut the operation down).

From there Moiz started angel investing. When the pandemic struck, for fun he began hosting pitch nights on Clubhouse and Zoom. These informal gatherings of a few dozen people were a bit like Shark Tank, with investors serving as judges. The results were intriguing. “We started moving millions of dollars on a little Zoom session,” he says. “Without planning, without productizing, without writing a single line of code.” In a savvy move he had bought the domain name Stonks just as meme stocks and ​​wallstreetbets turned the term into a buzzword.

Moiz brought in two co-founders to help launch Stonks, with Matt Behan-Fossey overseeing product and John Hancock handling partnerships. Many of the features they developed were influenced by Moiz’s experience with Streamlabs and Twitch streaming. “We’ve borrowed a lot from that playbook,” he says. The company scored seed funding in the summer of 2021, with the platform launching that September.

For the first couple of months, Stonks mostly organized and hosted its own events. Startups applied to pitch at events that were open to the public and included unusual fare, like stand-up comedy. “We’ve been keeping things pretty approachable, pretty open,” says Moiz.

500’s COO Courtney Powell who had watched Stonks’ first demo day suggested the firm’s LatAm team use the platform for their November 2021 demo day. It turned out to be a success. “Within hours of the event, we had already scheduled dozens of meetings with potential investors,” says Agustin Garcia, the CEO and co-founder of Mexico-based Bendo.

As more adopters have come aboard, Stonks has started shifting from throwing its own events to mostly hosting for others instead. In March 2022 the company did nearly 20 demo days, but only one of those was a standalone Stonks event.

There are plenty of features that Moiz wants to add to the platform, but Stonks is already putting itself in a position to understand what makes a successful demo day. “We’ve seen events with high attendance but very low engagement or low attendance and very high engagement,” says Moiz, who also notes they’re picking up insights on current investor appetites, including way more interest in crypto, Web 3 and fintech than he expected.

There could be more to come. Moiz ticks off some stats: despite the fact that millions of Americans qualify as accredited investors, there are only a few hundred thousand active angel investors in the U.S. “For all we talk about startup investing, it’s incredibly, incredibly niche,” he says. “We want to bring startup investing to everyone.”